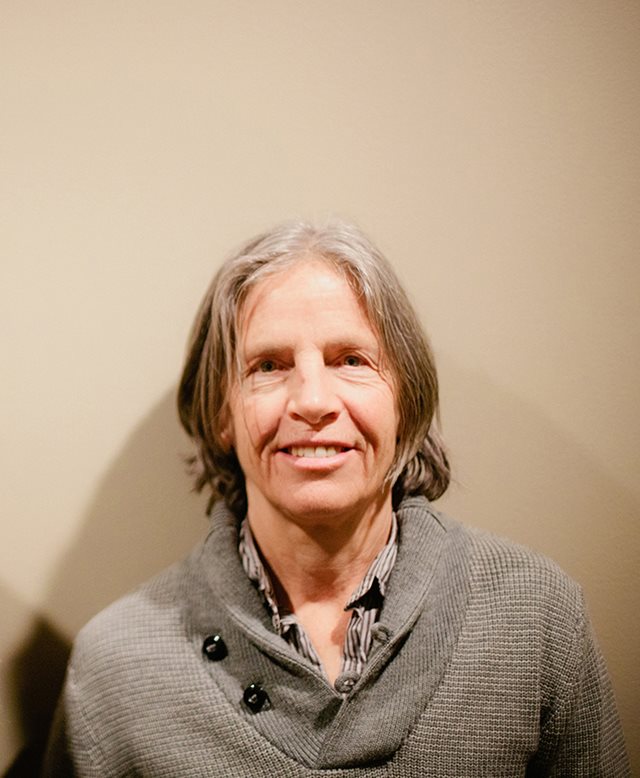 Eileen Myles is the author of nineteen books including the 2015 collection I Must Be Living Twice: New & Selected Poems, and a reissue of her seminal work, Chelsea Girls, (both Ecco/Harper Collins). She teaches creative writing at New York University and Naropa University, Boulder, Colorado. Among her many honors, Myles has received a Guggenheim Fellowship in non-fiction, an Andy Warhol/Creative Capital art writers’ grant, a Lambda Book Award, the Shelley Prize from The Poetry Society of America, an award from the Foundation for Contemporary Arts, and was named to the Slate/Whiting Second Novel List.

“Being an art writer has always seemed a sparkling adjunct to being a poet,” said Myles. “Our capacity to get drawn towards, and even befriend and be befriended by the most interesting contemporary artists, becomes both second nature and a work outside poetry that exhilarates and refreshes our own practice. Art really quickly shows us time.”

Her notable and influential writings include The Importance of Being Iceland: Travel Essays in Art; Not Me; Inferno; and Snowflake/Different Streets. Her essay “Street Retreat” was part of the Semiotext(e) installation at the 2014 Whitney Biennial, and her essay “Twice” is in the catalogue of the 2014 Liverpool Biennial. She has recently written about Shannon Ebner for ICA Miami, and Marilyn Minter for the Contemporary Arts Museum Houston. The current issue of The Paris Review includes an article, “Eleven Favorites,” in which Myles reflects on some of her favorite artists and writes about each.

Since coming on the arts scene by reading her poetry at famed New York City music club CBGB in 1974, Myles has embraced a variety of creative platforms, including writing poetry, fiction, and essays, as well as creating plays, performances, and libretti. She has been described as poetry’s rock star, “a lesbian culture hero,” and by Holland Cotter in The New York Times, “a cult figure to a generation of post-punk females forming their own literary avant-garde.” Her work has appeared in and has been recognized by numerous publications, including Harper’s, The New Yorker, The New York Times, The Paris Review, The Brooklyn Rail, and Artforum.