The Clark’s reimagined campus unites a new Clark Center designed by Tadao Ando Architects with expansions to the Museum Building and renovations of the Manton Research Center, both designed by Selldorf Architects. Executive architect Gensler oversaw these projects. These three buildings surround a new three-tiered reflecting pool, the highlight of a dramatic rethinking of the Clark’s landscape designed by Reed Hilderbrand. 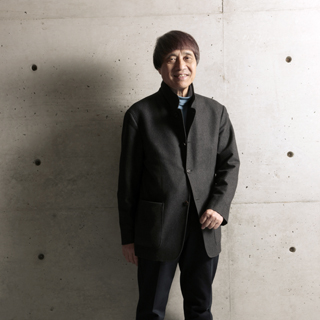 “Light is the origin of all being. Light gives, with each moment, new form to being and new interrelationships to things, and architecture condenses light to its most concise being. The creation of space in architecture is simply the condensation and purification of the power of light.” — Tadao Ando

Tadao Ando was born in Osaka, Japan in 1941. A self-educated architect, he spent time in nearby Kyoto and Nara, studying firsthand the great monuments of traditional Japanese architecture. Between 1962 and 1969 he traveled to the United States, Europe, and Africa, learning about Western architecture, history, and techniques. His studies of both traditional Japanese and modern architecture had a profound influence on his work and resulted in a unique blend of these rich traditions. In 1969 Ando established Tadao Ando Architect and Associates in Osaka. He is an honorary fellow in the architecture academies of six countries; he has been a visiting professor at Yale, Columbia, and Harvard Universities; and in 1997, he became professor of architecture at Tokyo University. Ando has received numerous architecture awards, including the prestigious Pritzker Architecture Prize in 1995, the 2002 American Institute of Architects Gold Medal, and also in 2002, the Kyoto Prize for lifetime achievement in the arts and philosophy. His buildings can be seen in Japan, Europe, the United States, and India

In fall 2001, following up on the comprehensive master plan commissioned from Cooper, Robertson & Partners in the 1990s and completed in 2001, Tadao Ando was selected to develop an architectural master plan for the Clark Art Institute to expand its buildings and enhance its 140-acre campus. 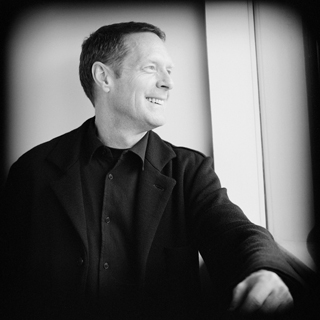 Reed Hilderbrand Landscape Architecture was selected to work on the Clark’s expansion because of their deep understanding of New England’s natural environments and cultural life. The firm’s experience with the rural landscape of the Berkshires is reflected in such projects as Bard College at Simon’s Rock in Great Barrington, Massachusetts, and the Austen Riggs Center in Stockbridge, Massachusetts, as well as residential work in the region. The firm has consistently emphasized the area’s scenic character and is familiar with the variety of ponds, trails, meadows, and scenic vistas found on the grounds of the Clark.

The firm’s work extends to numerous other museums and cultural institutions throughout the United States, including the Taft Museum of Art in Cincinnati, Ohio; the Phoenix Art Museum in Phoenix, Arizona; the Parrish Art Museum in Water Mill, New York; and contemporary burial sites for the historic Mount Auburn Cemetery in Cambridge, Massachusetts.

Gary Hilderbrand, lead principal for the Clark project, is currently adjunct professor of landscape architecture at the Harvard University Graduate School of Design, where he has taught since 1990. He received a master’s degree in landscape architecture with distinction from Harvard University in 1985. Widely published in the field, Hilderbrand is the recipient of Harvard’s Charles Eliot Traveling Fellowship and the Rome Prize Fellowship from the American Academy in Rome; he also is a fellow of the American Society of Landscape Architects.

Reed Hilderbrand has received more than forty national and regional awards from the American Society of Landscape Architects, including the prestigious, singular Award of Excellence on two occasions, 1997 and 2007. In 2005 Reed Hilderbrand landscape architects were honored as New Emerging Voices by the Architectural League of New York. The firm is based in Cambridge, Massachusetts. 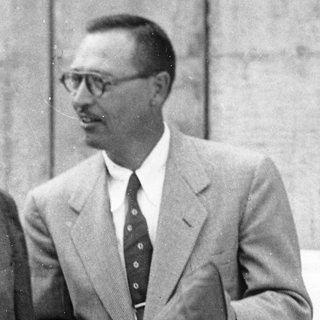 Daniel Deverell Perry (1905–2002) was a Long Island architect who created the neoclassical-style marble temple of art that was Sterling and Francine Clark’s original Museum Building. When it opened in 1955, overlooking 140 bucolic acres of fields and ponds, Arts News celebrated its elegant galleries as the ‘‘best organized and most highly functional museum erected anywhere.’’ A 1930 architecture graduate of Syracuse University, Perry made a name for himself designing public schools and restoring historic buildings dating back as far as the seventeenth century. For the Clark project, he eschewed traditional approaches to art museums. Instead of using large open rooms with artwork illuminated from above, Perry designed a building with intimate spaces that more approximated a streetside gallery, with large windows that not only bathed the artwork in natural light but also offered visitors pastoral views. 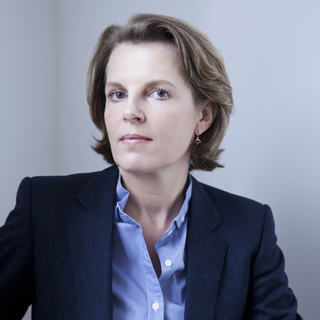 Annabelle Selldorf, FAIA, is the principal of Selldorf Architects, a 65-person firm in New York City that she founded in 1988. The firm's work includes public and private projects that range from museums and libraries to a recycling facility, and at scales encompassing the construction of new buildings, restoration of historic interiors, and exhibition design.

Creating buildings that are both contemporary and timeless is a fundamental goal of the firm. The practice designs buildings and public spaces that are an integrated and authentic reflection of the cities and institutions they serve. Projects evolve in response to each one’s specific context and program, drawing influence from local materials and building traditions. This context-driven approach is guided by rigor, precision, and restraint.

The firm’s clients include cultural institutions and universities such as the Museum of Contemporary Art San Diego, Neue Galerie New York, and Brown University. In addition, the firm has created numerous galleries for David Zwirner, Hauser & Wirth, and Gladstone Gallery among others, and designed exhibitions for Frieze Masters and the 2013 Venice Art Biennial.

Ms. Selldorf is a recipient of the 2014 Architecture Award from the American Academy of Arts and Letters. The award recognizes American architects whose work is characterized by a strong personal direction. 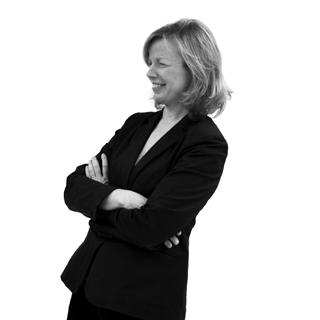 The Clark chose the New York office of global design firm Gensler because of its international experience supporting clients at every stage of the design cycle, from initial strategy and design planning through implementation and management. The firm regards sustainable design—a top priority for the Clark—as a guiding principle for all building and interior projects. As designer of the first large-scale U.S. office building to use underfloor air systems, Gensler has been at the forefront of the movement for responsible design that considers the impact of decisions made today on our lives tomorrow. Additional pioneering green activities include designing the first LEED®-certified retail rollout prototype (PNC Bank), the first LEED-certified data center (Fannie Mae), and the first LEED-certified car dealership in the United States (Pat Lobb Toyota of McKinney, Texas). In 2005, Gensler received the Leadership Award for Organizational Excellence from the U.S. Green Building Council for its commitment to the advancement of sustainable design.

As executive architect, Gensler’s work in the campus expansion and renovation project at the Clark covers every facet of the project, including interfacing with all three architects. 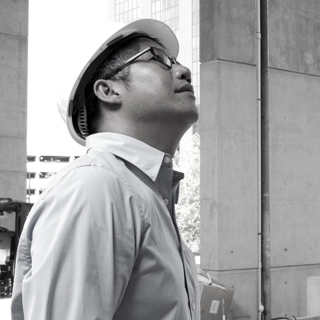 Kulapat Yantrasast is the co-founder and creative director of the design firm wHY Design, which he opened in Los Angeles in 2011. An international practice with offices in Los Angeles, New York City, and Louisville, Kentucky, wHY Design has been described by Newsweek magazine as “one of the most innovative architectural practices of the new generation.”

Yantrasast worked as a close associate to Pritzker Prize-winning Japanese architect Tadao Ando from 1996 to 2001, with key projects including The Modern Art Museum of Fort Worth in Texas, Armani Teatro in Milan, Fondation François Pinault pour l’Art Contemporain in Paris, and the Calder Museum project in Philadelphia. He continues to assist and oversee selected ongoing projects for Tadao Ando in the United States, including the Clark Art Institute.

Yantrasast was lead designer of the Grand Rapids Art Museum (GRAM) (2007), the first new art museum in the world to receive a LEED Gold certification for environmental design. He was also the first architect to receive the prestigious Silpathorn Award from the Government of Thailand for outstanding achievement and notable contributions to Thai contemporary arts and culture.

In addition to the GRAM, current and recent museum, gallery, and cultural projects and collaborations include the Harvard Art Museum in Cambridge, Massachusetts; the Tyler Museum of Art in Tyler, Texas; Pomona College Studio Art Hall in Pomona, California; Speed Art Museum in Louisville, Kentucky; the Art Institute of Chicago in Chicago, Illinois; L&M Arts in Venice Beach, California; and the Perry Rubenstein Gallery in Hollywood, California. 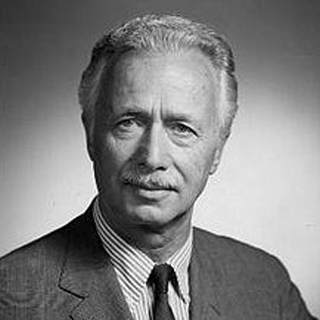 Pietro Belluschi (1899–1994), born in Italy and a civil engineer by training, moved to the United States and joined the architectural office of A. E. Doyle in Portland, Oregon, as a draftsman, eventually assuming control of the firm and practicing under his own name. He emerged as a leader in the development of the modern movement in architecture, with the design of several buildings reflecting the influence of the international style and his awareness of the technological opportunities of new materials; he achieved a national reputation largely for his 1947 aluminum-clad Equitable Building. In 1951 Belluschi was named dean of the MIT School of Architecture and Planning, where he served until 1965, also working as collaborator and design consultant for many high-profile commissions, most famously the 1963 Pan Am Building. He was awarded the AIA Gold Medal in 1972—the same year construction began on his design, with The Architects Collaborative, for the red granite administrative building at the Clark that would become known as the Manton building and later the Manton Research Center.

Belluschi’s partners on the Clark project were The Architects Collaborative (TAC), a firm founded in 1945 by a group of modernist-inspired graduates of Harvard’s Graduate School of Design along with Bauhaus veteran Walter Gropius. TAC was well known and highly respected for its broad range of projects, which reflected the firm’s aims of (as TAC cofounders Norman and Jean Fletcher wrote to Gropius) “not architecture for architecture’s sake, but architecture for the sake of a healthy society.” Gropius himself saw the modernist movement as part of the creation of a new, and better, society: “I want to make young people realize how inexhaustible the means of creation are if they make use of the innumerable modern products of our age, and to encourage these young people in finding their own solutions.” Sadly, TAC succumbed to financial problems and closed in 1995; however, many other successful firms were subsequently formed by TAC’s graduates.

Belluschi and The Architects Collaborative’s plans for the Manton building included spaces for an expanded library, the new (at the time) graduate program, and additional galleries, offices, and an auditorium that allowed the Clark to add children’s education programs, film and lecture series, and concert programs to its cultural and educational offerings.