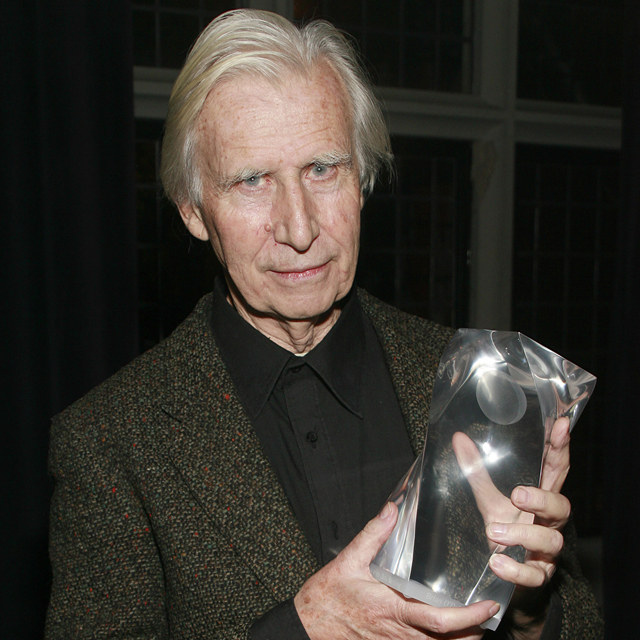 A man of many parts, Brian O’Doherty’s most durable identity has been both as artist and writer. He joined The New York Times as an art critic in 1961, was the editor of Art in America from 1971 to 1974, and has published many critical essays and several books, including Object and Idea, American Masters: the Voice and the Myth; the influential Inside the White Cube: Ideologies of the Gallery Space; and Studio and Cube.

In addition to these achievements, O’Doherty has served as director of the visual arts and film and media programs at the National Endowment for the Arts; taught film and art criticism at Barnard College and Long Island University; and written two works of fiction, The Strange Case of Mademoiselle P. and The Deposition of Father McGreevy, which was nominated for the Booker Prize in 2000. He received the College Art Association’s Mather Award for art criticism in 1965 and was a visiting scholar at the Getty Research Institute in 2009–10.

As an artist, O’Doherty has exhibited at Documenta and the Venice Biennale and shown widely in Europe and America. He has had several retrospectives, most recently at New York University’s Grey Gallery in 2007. In 2012, the Galerie Thomas Fischer in Berlin hosted his most recent exhibition, where he was a guest of the Kulturstiftung des Bundes. Frequently intrigued by issues of identity, O’Doherty began signing his work under the name Patrick Ireland as a response to the “Bloody Sunday” killings in his native Ireland in 1972. He maintained the pseudonym for thirty-six years until formally burying the identity after Northern Ireland established an all-party government in 2008.