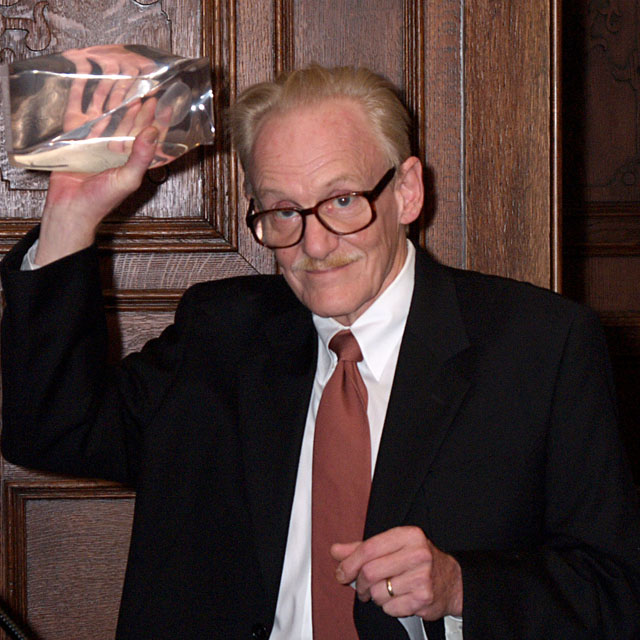 Peter Schjeldahl is an art critic, poet, and educator. Born in Fargo, North Dakota, he grew up in small towns throughout Minnesota and attended Carleton College and The New School. He began his professional writing career as a reporter in Minnesota, Iowa, and New Jersey before moving to New York, where he worked as an art critic for ARTnews, The New York Times, the Village Voice, and 7 Days (the Cooper Union). In 1998 he joined the New Yorker, where he is currently head art critic. His writings have also appeared in Artforum, Art in America, The New York Times Magazine, Vogue, and Vanity Fair. Schjeldahl taught in the Department of Visual and Environmental Studies at Harvard University for four years. Over the course of his career, he has written several books of poetry as well as art criticism.

Schjeldahl’s poetry falls in line with many of the characteristic themes and styles of the New York School. As a contemporary postmodern poet, he believes that poetry should be enjoyed and understood by all readers. Succeeding without a great deal of complexity in language usage or style while maintaining seriousness and poignancy, his work often addresses common experiences or familiar events. In his poem “My Generation” he opens: “Vietnam/ Drugs/ Civil Rights/ Rock/ Watergate/ (in that order?)/ Are the blows of history/ That have left my generation/ Its peculiar battered silhouette.” Schjeldahl fuels his poetry with historical and biographical context, allowing audiences to relate more intimately to his subject.

Schjeldahl received the Frank Jewett Mather Award from the College Art Association in 1980, for excellence in art criticism, and a Guggenheim Fellowship in 1995. He is the author of four books, including The Hydrogen Jukebox: Selected Writings, published in 1991.