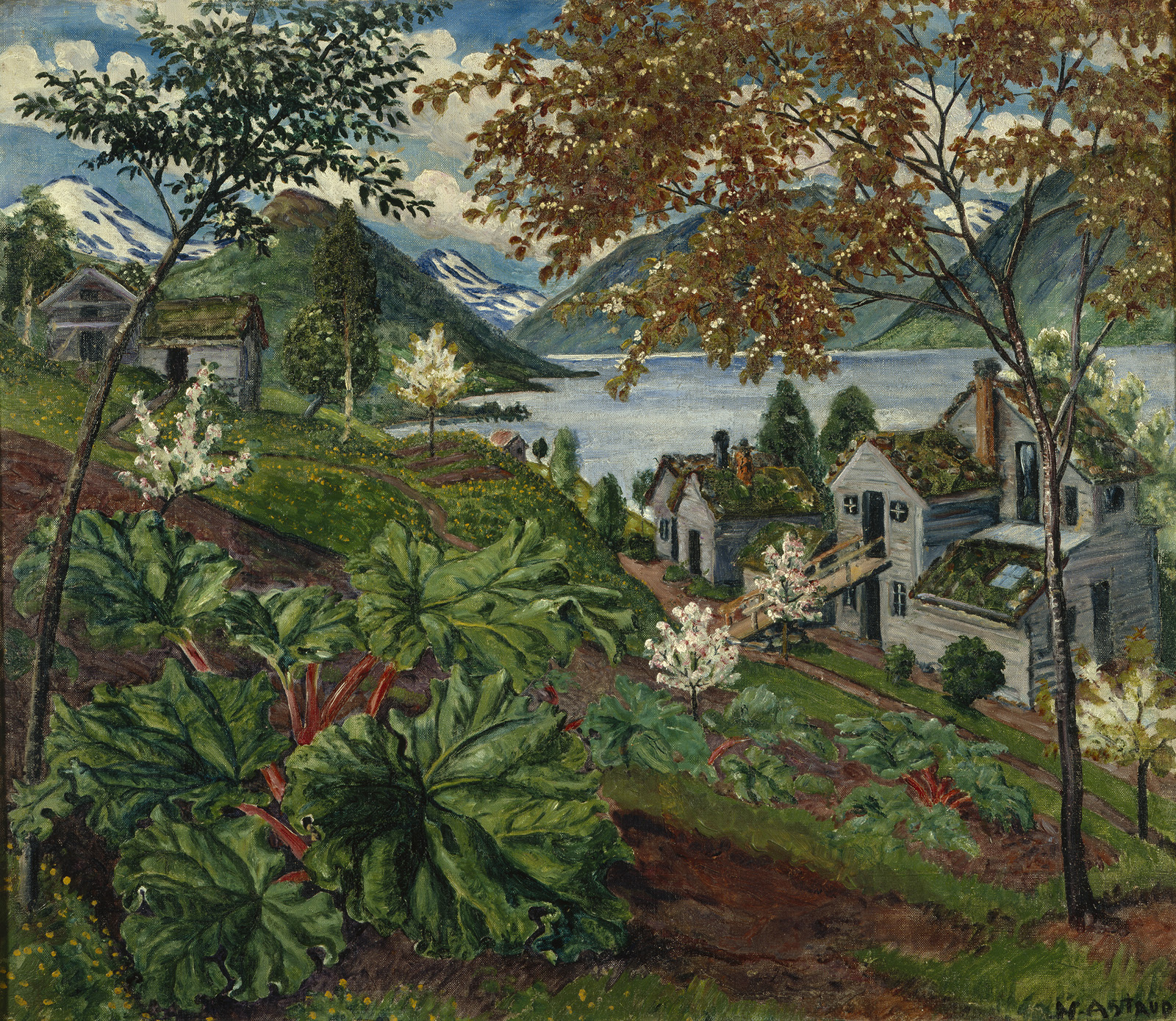 Astrup’s third solo exhibition was held in Kristiania (now Oslo) in February 1911. Reviews were mixed, with critics often praising his earlier work but dismissing his recent production. Unnerved, Astrup left Jølster for Berlin, where he was determined to reinvent himself. There he moved in a circle of Norwegian artists and writers, studied at painter and printmaker Lovis Corinth’s academy, and gravitated toward avant-garde exhibitions and performances. As a result of these experiences, Astrup’s work would become increasingly ambitious in scale and technical complexity, his paintings and prints moving away from naturalism to include multi-perspectival viewpoints, simplified forms, and an intense, heightened palette.

After his return to Jølster, Astrup and his wife, Engel Sunde Astrup, soon settled on a farmstead perched on a precipitous north-facing slope above the lake, which came to be known as Sandalstrand. Plagued by financial difficulties and self-doubt, Astrup nevertheless transformed this land at Sandalstrand into a small farm and garden capable of sustaining his family. He terraced the land for growing vegetables and berry bushes, planted shrubs and trees, preserved heirloom species, and experimented with breeding new varieties of plants. He also saved old buildings from demolition, moving them to Sandalstrand for his family to live and work in. Surrounded by untamed mountains and Lake Jølster, the carefully planned complex at Sandalstrand, with its dramatic views across the lake, would become an artist’s garden, the components of which provided Astrup with the subject matter through which he developed his own modern aesthetic.