Astrup as a Printmaker 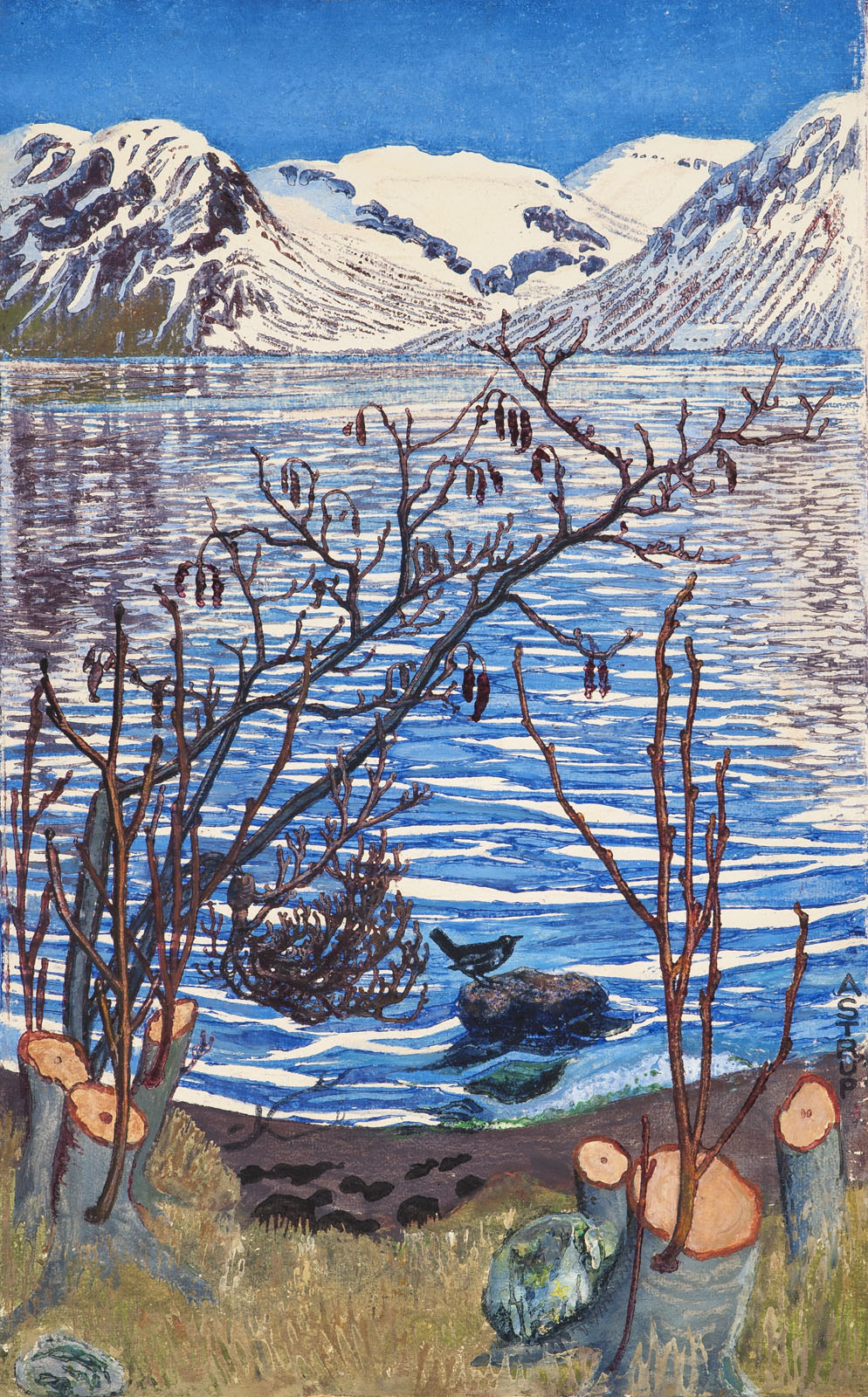 Northern Europe saw a revival of woodblock printmaking at the end of the nineteenth century. Like artists Paul Gauguin (1848–1903) and Edvard Munch (1863–1944), who took up printmaking as a new creative practice after they had established themselves as painters, Astrup began making prints in 1904. He was inspired by Japanese color woodcuts, known as ukiyo-e prints, which were popular in Europe and Scandinavia at this time; their bold colors, streamlined forms, and daring compositions appealed to artists of the avant-garde.

A woodcut is made by carving a design into a block of wood, inking the surface of the block and pressing a sheet of paper over it to create an image. Astrup’s color woodcut technique was complex and idiosyncratic. He employed multiple blocks of wood for each motif and carefully aligned each inked block on the same sheet of paper to create a rich composition. The creation of each impression was time-consuming: Astrup used oil-based inks that dried slowly, so it often took him several months to complete an impression, as he needed to wait for each color to dry before adding the next. When printing was finished, he often added further details by hand.

Astrup did not produce large editions of prints, but usually made impressions for clients by request. He often varied the palette of a motif or changed compositional aspects in the block in order to create different moods and effects. As a result, Astrup’s prints are rare, and no two impressions of a composition, particularly those printed in color, are alike.