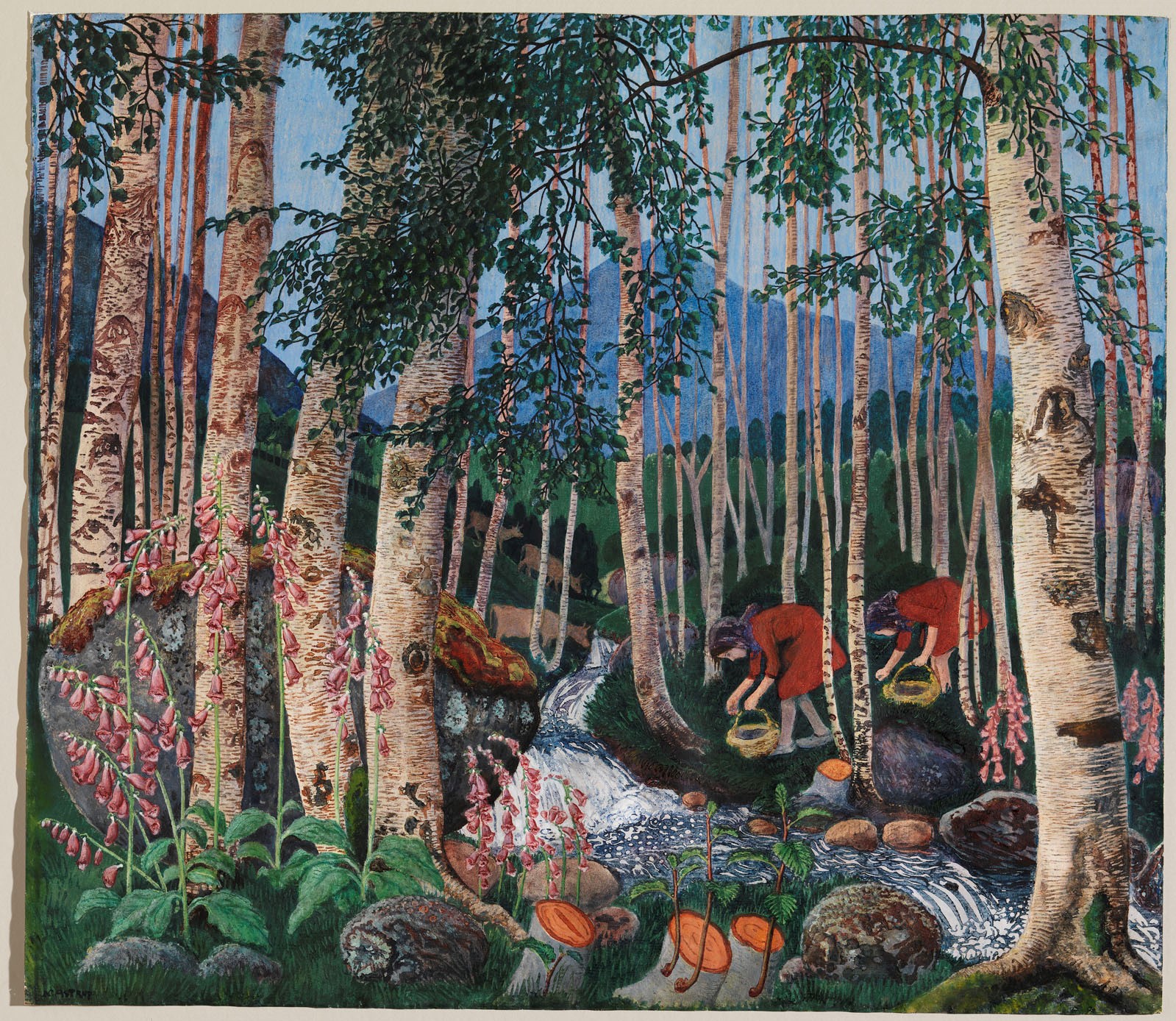 Nikolai Astrup (Norwegian, 1880–1928), Foxgloves, woodblock, c. 1915–20; print, 1925. Color woodcut with handcoloring on paper, 26 3/4 x 30 9/16 in. (68 x 77.6 cm). National Museum of Art, Architecture, and Design, OsloAstrup often depicted the same motif across various media. He would create a composition as an oil painting and then translate the subject into a print. Equally, a print could form the basis for a subsequent painting. Examples of both methods of experimentation can be seen in this gallery and throughout the exhibition. A number of works titled Foxgloves demonstrate the interplay between media that characterizes Astrup’s production: an oil painting from 1909 preceded the carving of woodblocks, which were made between 1915 and 1920, for a large-scale print of a slightly different composition. Astrup began inking the woodblocks in 1918, experimenting with ways to create a successful color woodcut print.  He continued to carve the blocks until about 1920 and created the first successful print in March of that year. Also that year, he painted a nearly identical composition on canvas. He would continue to print the woodblocks in the 1920s.

Astrup often embellished his prints by adding painted details by hand, making each impression unique. He remarked, “I work in my own way, and several of my impressions can appear to be more paintings than woodcuts.” He is also known to have printed woodblocks on canvas to establish the elements of a composition for an oil painting. Striving for a modern artistic vocabulary all his own, he blurred the lines between media, all the while, making each work of art—painting or print or a mixture of the two—distinctive.