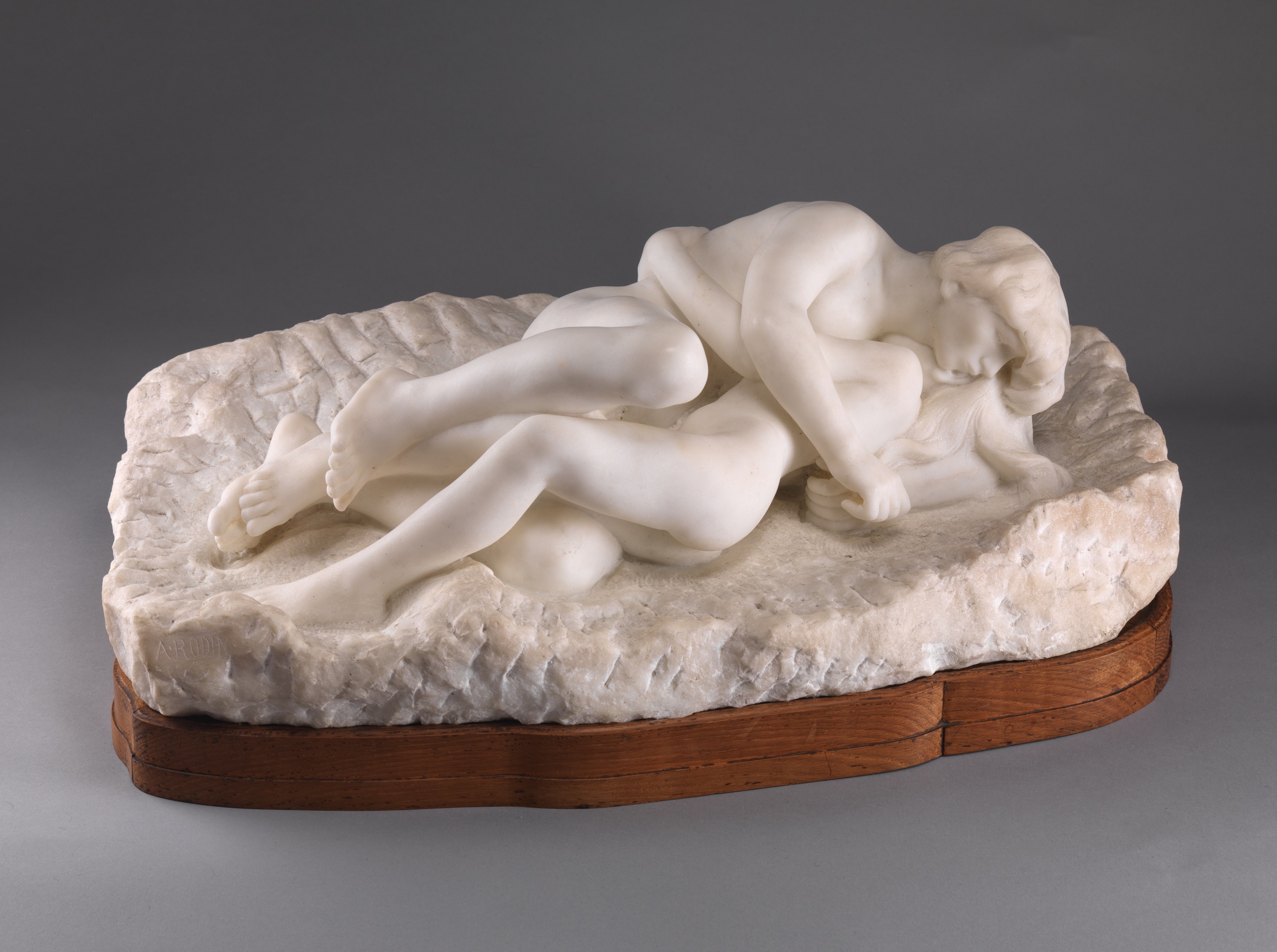 Private and public collections in the United States began slowly acquiring Rodin’s sculptures in the late nineteenth century. Samuel Isham, a student at the Académie Julian in Paris between 1885 and 1887, was perhaps the ﬁrst American to acquire a marble: the Fallen Caryatid, now at the Museum of Fine Arts, Boston. The Metropolitan Museum of Art purchased the bronze Bust of St. John the Baptist in 1893, setting on a course of acquisitions that would culminate in 1912 when the Met’s Rodin Gallery opened. These pivotal sculptures are on view in the exhibition.

Women collectors, artists, and agents were crucial in promoting Rodin’s work. Katherine Seney Simpson developed a strong friendship with Rodin while assembling an impressive collection. Loïe Fuller, modern dancer, choreographer, and good friend of Rodin, served as an agent, acting as an intermediary to collectors and museums in the United States. The stories of early enthusiasts for Rodin’s unexpected art unfold in these ﬁrst galleries.