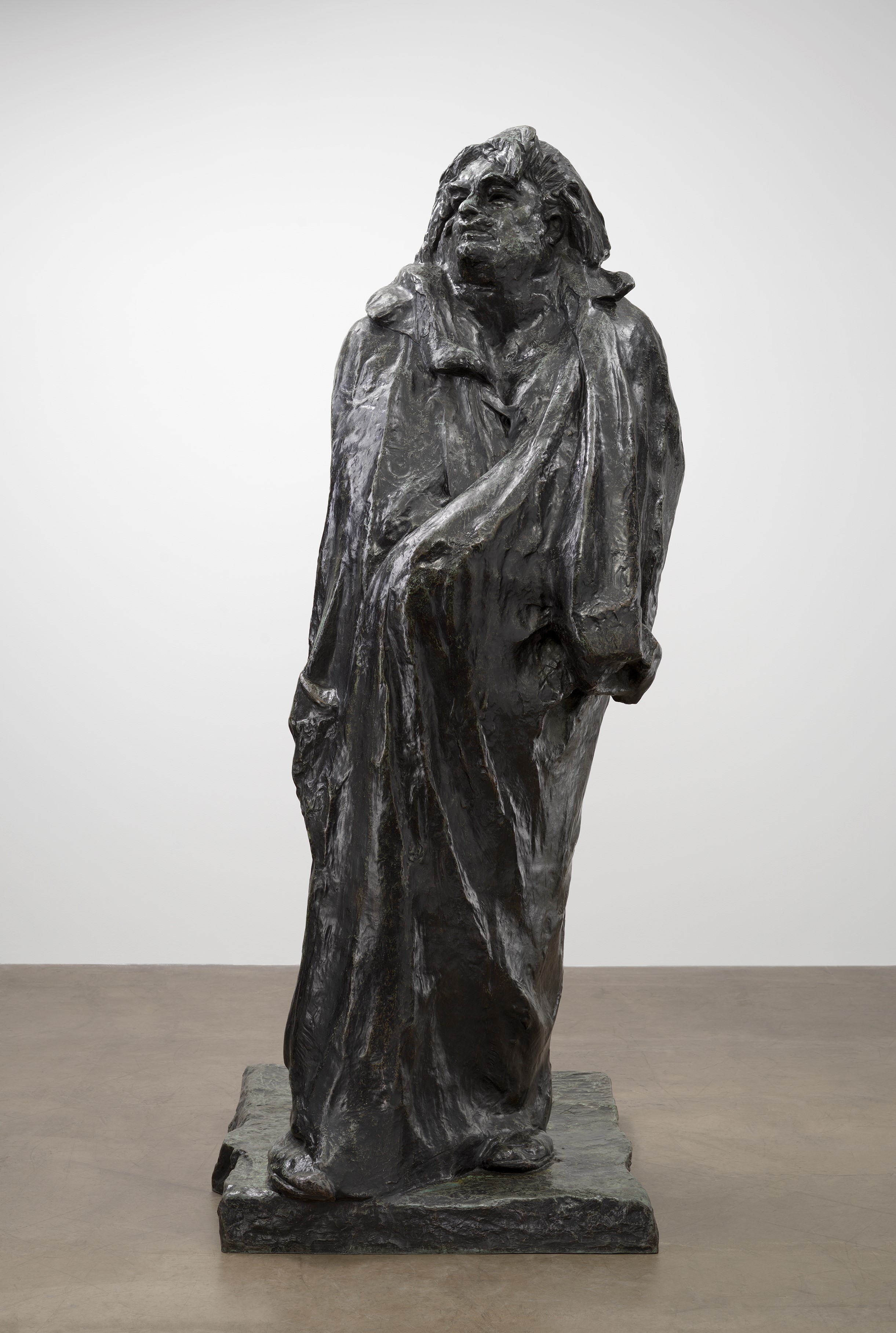 In 1891, the literary group called the Société des Gens de Lettres commissioned Rodin to sculpt a monument to the writer Honoré de Balzac (1799–1850) for the Palais Royal in Paris. Balzac was both the society’s founder and a giant of nineteenth-century French literature, responsible for La Comédie humaine—a sprawling collection of some ninety stories, essays, and novels representing contemporary French life.

Rodin researched Balzac extensively, reading everything written about the author, gathering all the extant images he could, and traveling to Balzac’s native province of Touraine. He worked for more than seven years on the monument and produced numerous studies, two of which are on view in the exhibition. Ultimately, Rodin was more invested in capturing Balzac’s creative power and vitality than in faithfully recording the author’s physical likeness, as was expected for a public statue. He distilled and exaggerated Balzac’s features—his bullish neck, lion-like mane, sensual mouth, and fiery eyes—and covered him in the monk’s robe that he famously wore as he worked alone late into the night.

When Rodin finally exhibited a plaster of the monument at the Salon of 1898, however, it was met with ridicule and controversy. Critics described it as a snowman, a seal, and a sack of coal, and the commissioners rejected it as “a crude sketch” in which they did not recognize Balzac. Wounded by this rejection, Rodin withdrew the monument from public view for the remainder of his life. His vision was finally vindicated in 1939, when the plaster was cast in bronze and installed in Paris at the intersection of the boulevards Montparnasse and Raspail.