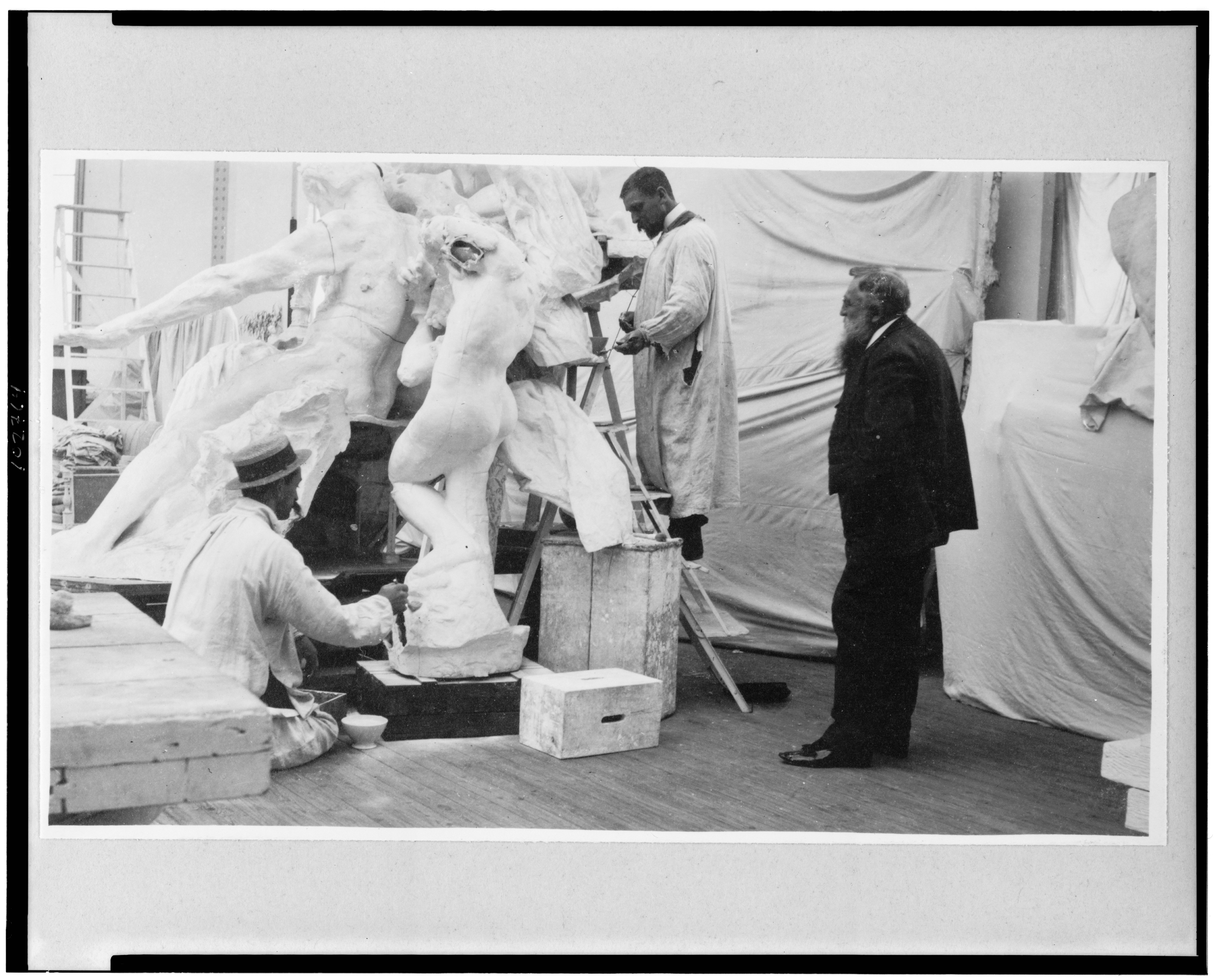 Rodin’s way of making sculpture was a blend of traditional and innovative techniques. He began by modeling clay, wax, or plaster to create three-dimensional works. Assistants then used the model to produce a mold, which would be cast in plaster. Rodin could produce multiples in this inexpensive medium and even cut the plaster apart, recombining hands, legs, torsos, and heads to alter a composition, to form a completely new work, or to hold in reserve for use in future compositions. (New pieces created from existing material are called “assemblages.”)

Rodin exhibited plaster casts in his studio, but he also presented them in formal exhibitions, as this was less expensive (and quicker) than reproducing compositions in marble or bronze. When a subject appealed to a buyer, a more permanent marble was carved or a bronze version cast.

Rodin never carved marble himself but hired praticiens (artisans who executed commissions for others) to carve for him. He oversaw every aspect of the transition from clay model or plaster cast to stone. The copies in marble are not identical; the composition remains the same, but details differ, depending on the carver and on the shape of the marble block used.

To create multiples of his sculptures in bronze, Rodin collaborated with several founders in Paris, including Alexis Rudier, who began to work for him in 1902. Liquid bronze would be poured into molds derived from Rodin’s plaster casts, creating faithful copies of the originals. Rodin was attentive to this process, including the patination (surface ﬁnish) to ensure that the ﬁnal sculpture met his standards.

Rodin also scaled sculptures up or down, in both marble and bronze, to achieve distinct eﬀects. Reductions made many of his works available to a larger public.