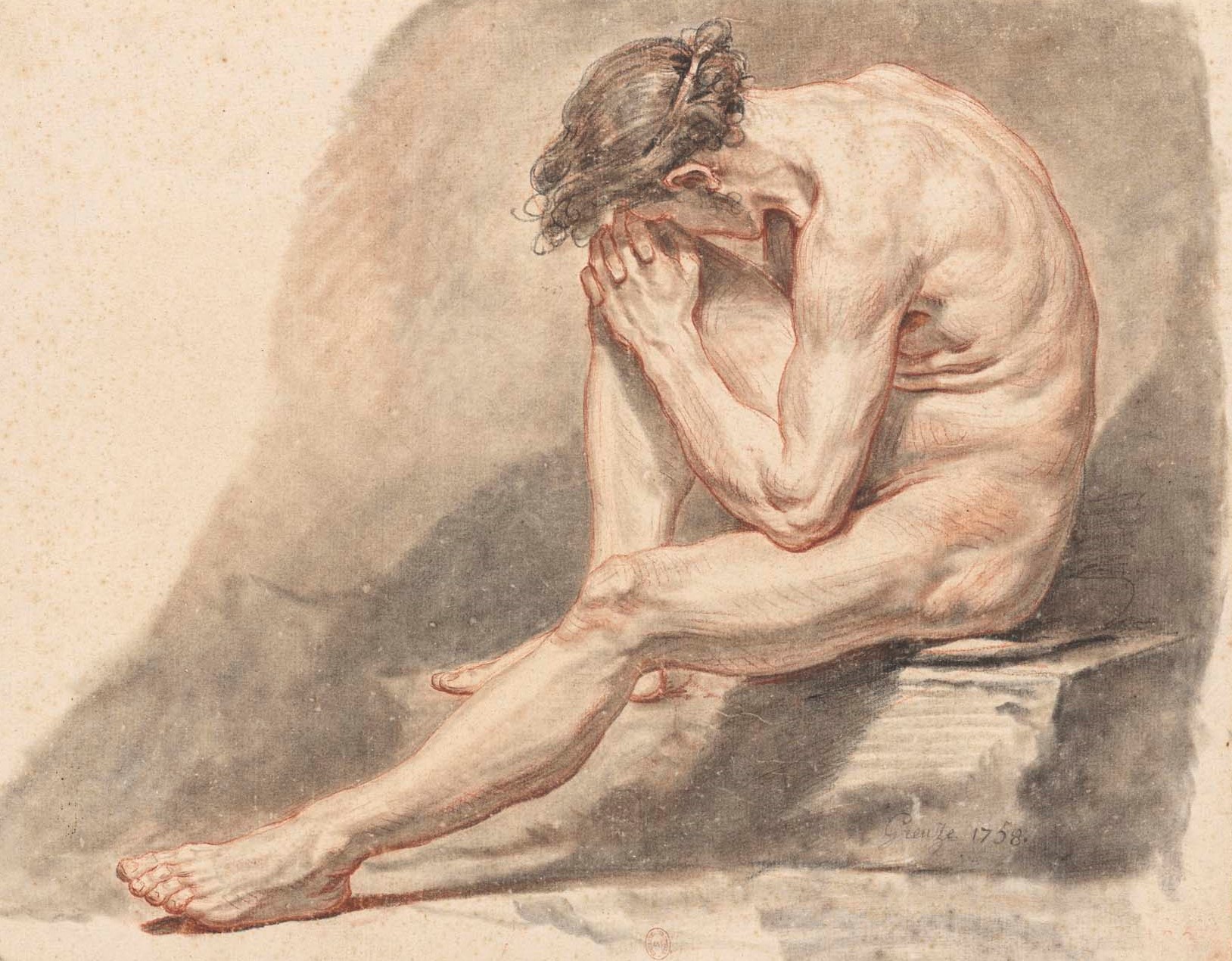 Drawing was the foundation of artistic training in eighteenth-century France, and among families of elevated social rank, it was also considered an essential part of a child’s education. At the Royal Academy of Painting and Sculpture, aspiring painters drew before posed nude models, and their finished products were known as académies, underscoring the place of figure drawing at the heart of academic pedagogy. Those working outside official institutions —including women—could learn and practice drawing through the use of manuals and anatomical treatises, which circulated widely in printed form. Landscape sketching was another primary element of drawing practice, which many artists perfected during travels and study in Italy, particularly in the countryside around Rome. Later eighteenth-century inventions such as the physiognotrace—a tool for tracing a sitter’s profile— offered mechanical assistance, which put drawing within reach of a wider range of practitioners.