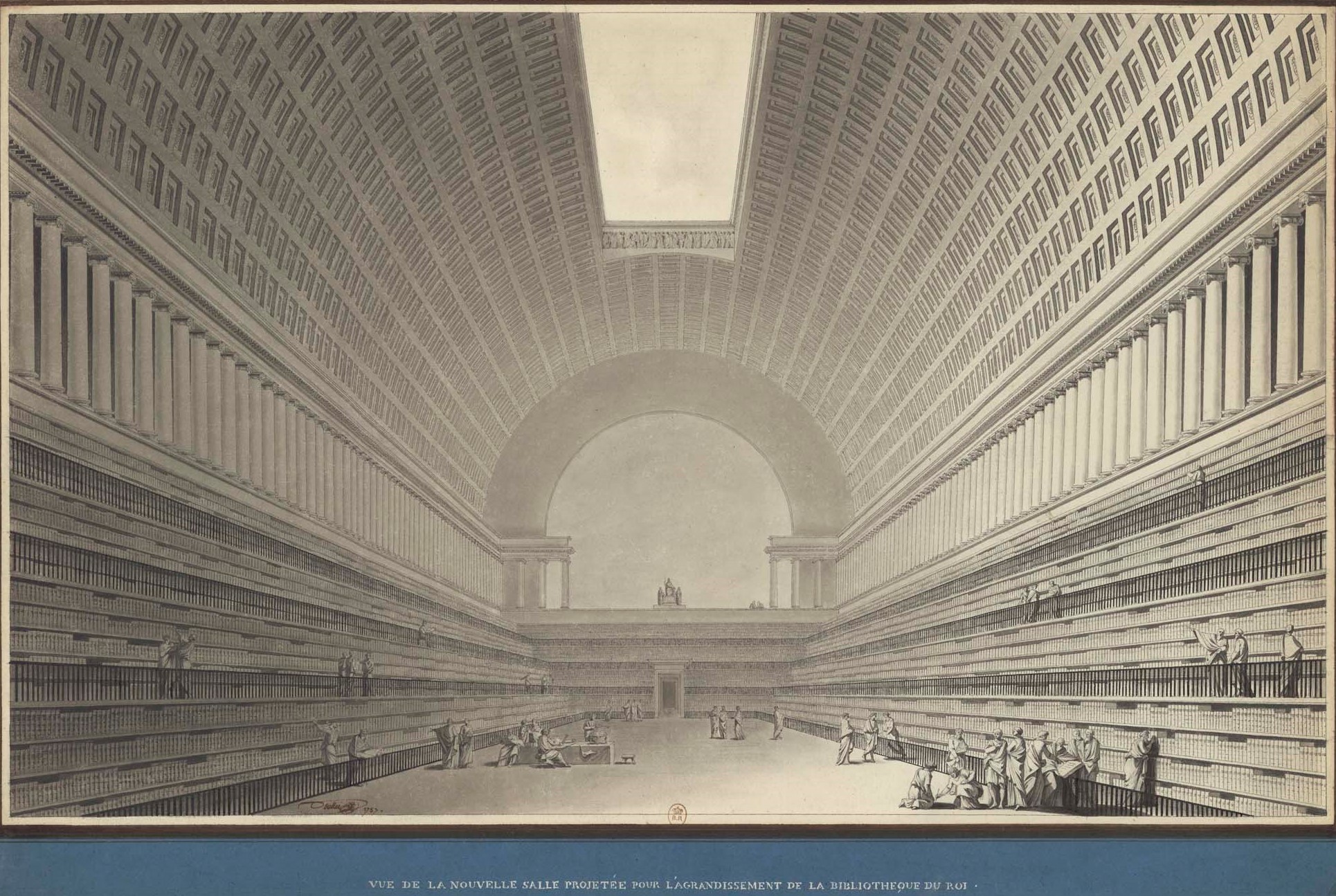 One of France’s oldest cultural institutions, the BnF can trace its origins to the first royal library, founded by Charles V in 1368. It was not until the reign of Louis XIV (1643–1715), however, that it actively began collecting prints and drawings. The library’s print cabinet was established in 1667 with the purchase of the cleric and scholar Michel de Marolles’ staggering assemblage of over 100,000 works on paper. Since then, numerous collectors and practitioners have donated or sold drawings to the BnF. Their proclivities—topographic views, architectural visions, portraits, and historical events—shaped the department’s varied graphic archive, which now boasts close to 200,000 drawings.