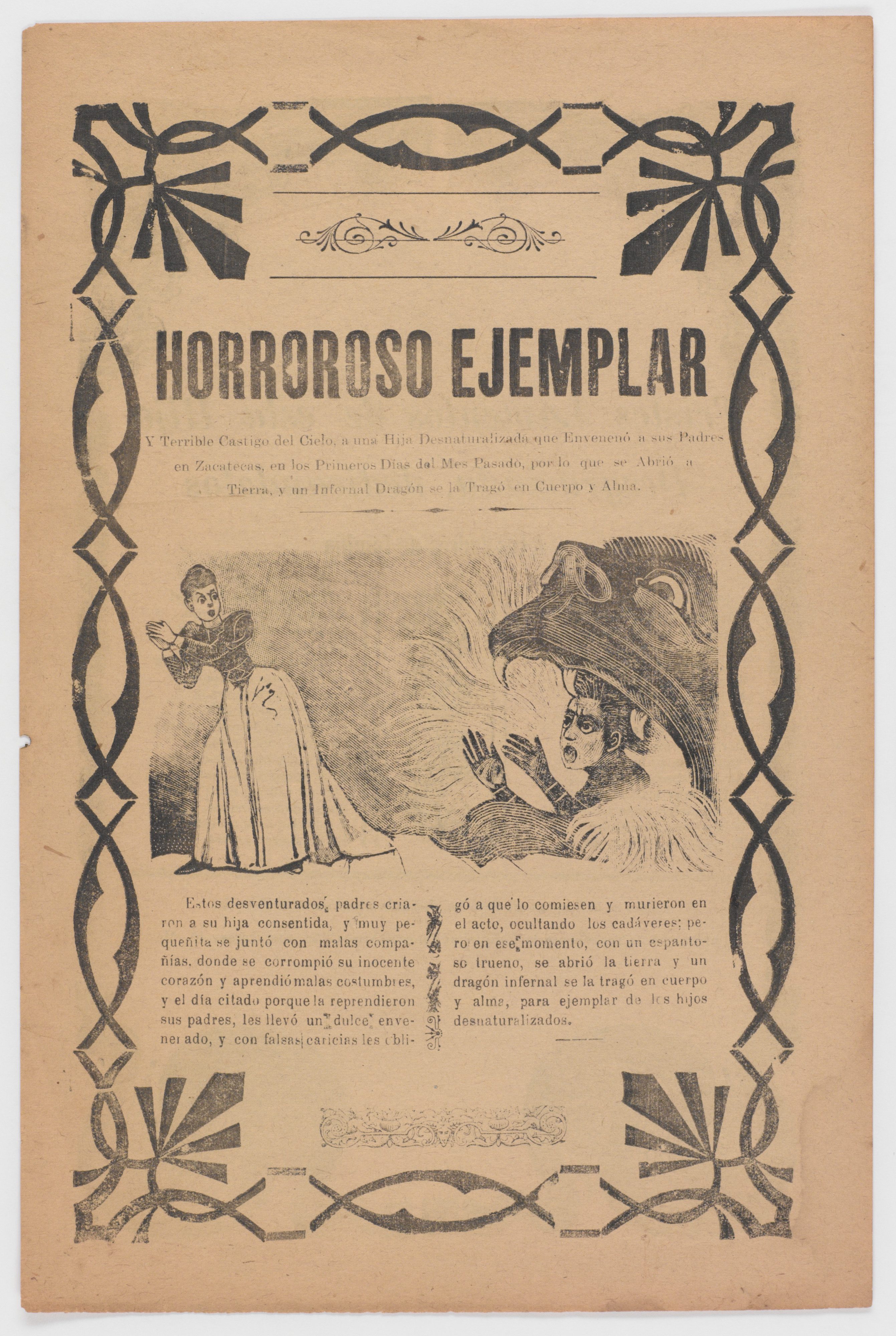 Crime was the bread and butter of the illustrated news sheets—the more sensational, the better. In developing images for these criminal episodes, Posada usually had very little visual material to go on. Without photographs of the event or the perpetrator, most details were left to his imagination. In addition, the crimes being reported were more often than not several weeks old, for the Mexico City broadsheets tended to cull items from provincial newspapers that arrived by mail. To ensure that they still packed a punch and conveyed a message, the events were subject to creative embellishment and moralizing commentary. Some were expressly described as ejemplares, or examples, to steer readers away from crime and toward the straight and narrow. Posada’s illustrations to these incidents required instant legibility, dramatic excitement, and narrative compression—all hallmarks of his visual style. From these images based on reported news, it was but a short step to extraordinary scenes of his own invention, running the gamut from playful to terrifying.