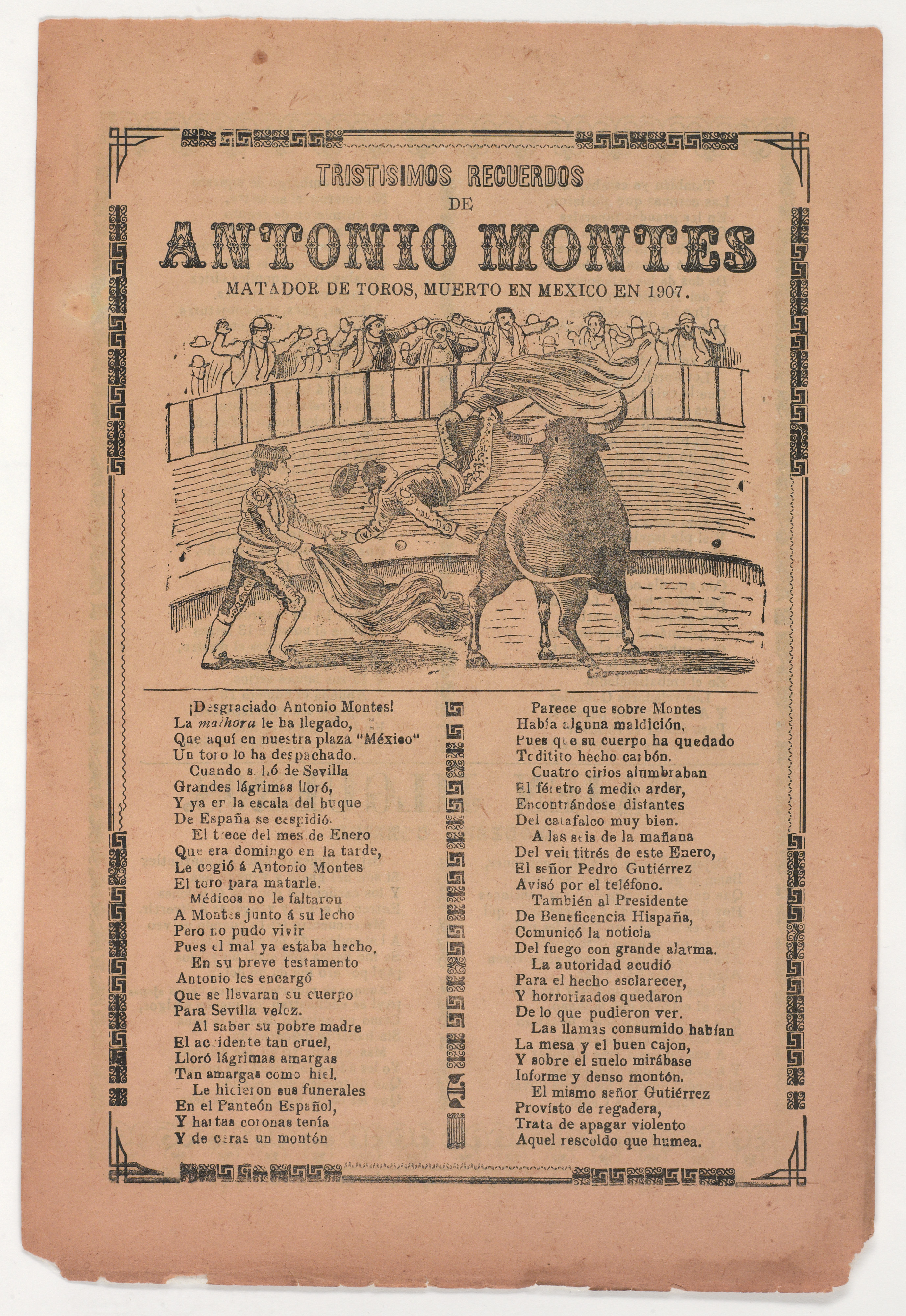 The broadsides in greatest demand from Vanegas Arroyo’s print shop were the corridos, or ballads, illustrated by Posada. Corridos became part of an oral tradition through their mode of distribution: roving troubadours, often blind, would purchase the broadside sheets and sing the verses with guitar accompaniment in markets and public squares. They then sold the broadsides for a few centavos to listeners who, for the most part, were unable to read the words. Illustrations were therefore crucial to the flourishing of this oral tradition of popular ballads. Legendary characters like heroes and bandits dominated the subject matter, though ballads could also involve current events and political figures. Posada’s images, despite their sensationalism calculated to boost sales, always emphasized the humanity of the common people.