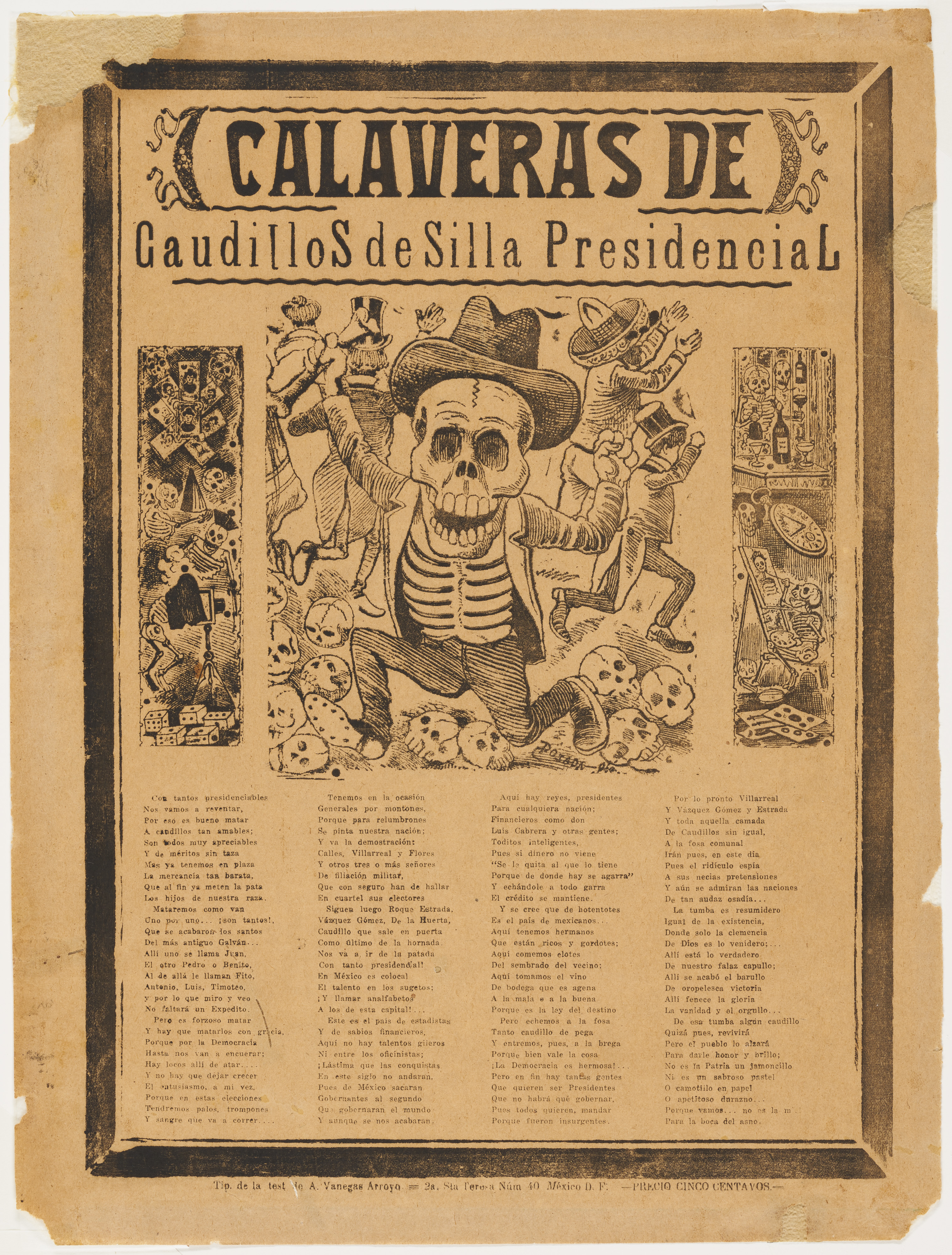 Some of Posada’s most familiar and beloved images are the calaveras, or skeletons, associated with the Day of the Dead. Each year on November 2, demand soared for both printed and sculpted calaveras that Mexican families would bring to the cemeteries where their loved ones were buried. Although calaveras derived from Catholic devotional iconography, in Posada’s hands they became distinctively Mexican, bound up with local popular traditions. For example, calaveras enabled Posada’s publisher, Antonio Vanegas Arroyo, to speak about living people as if they were already dead and use verses that parodied genuine epitaphs. Although a contemporary of Posada’s, Manuel Manilla, first adapted the calavera for broadside use, it was Posada who greatly expanded its humorous and satirical potential. Despite their renown and popularity, calaveras represent only about two percent of his surviving works.