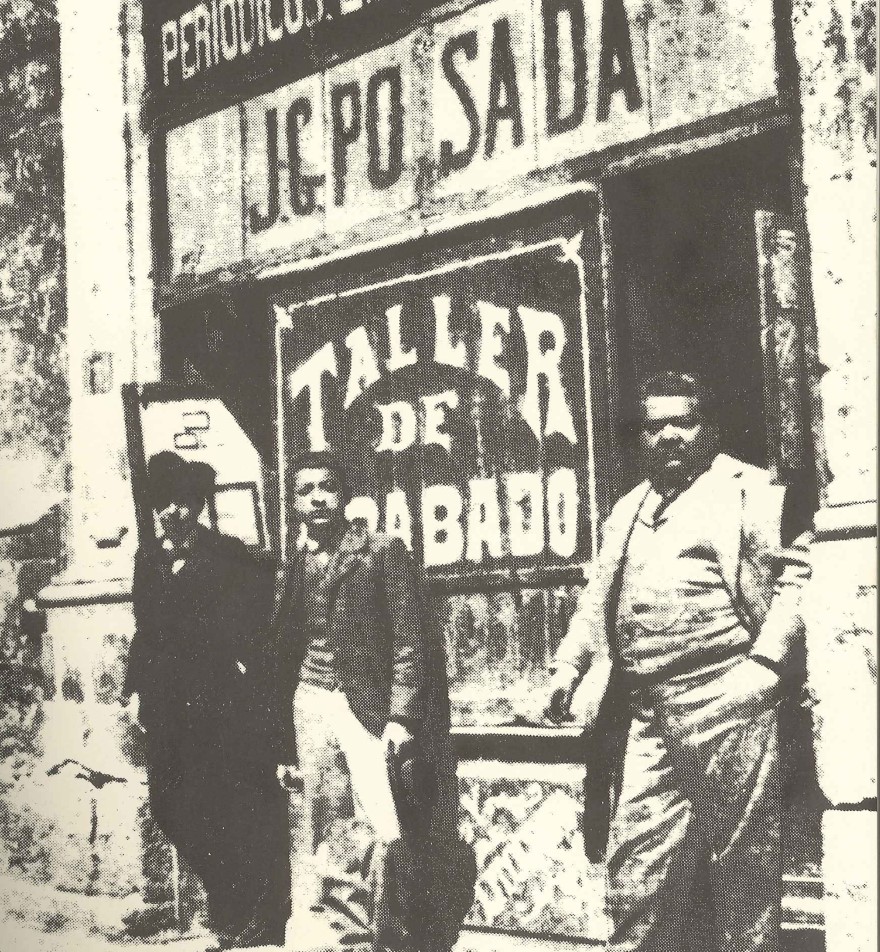 Posada pictured on the far right.

José Guadalupe Posada (1852–1913) was born in Aguascalientes, and already by age fifteen he listed his trade as “painter” in a general census. He showed talent for printmaking from a young age. In 1870 he joined the print studio of José Trinidad Pedroza, where he practiced lithography and engraving, and where his first political cartoons appeared in a publication called El Jicote (The Wasp). He moved to León (Guanajuato) in 1872 to help Pedroza set up a printing business and also taught lithography in a secondary school. When disastrous floods destroyed much of León in 1888, Posada relocated to Mexico City, where he would stay the rest of his life. For two dozen years he was closely associated with the publisher Antonio Vanegas Arroyo, producing broadsides for the sensationalist “penny press.” During that time he also made illustrations for a variety of newspapers and periodicals aimed at the educated middle class. Although Posada’s printed works were recognized already in the late 1880s as “the preeminent graphic art of Mexico,” he died largely forgotten and was buried in a pauper’s grave. His legacy was acknowledged, however, by the Mexican muralists of the twentieth century. Diego Rivera (1886–1957) immortalized Posada in his 1947 mural painting Dream of a Sunday Afternoon in Alameda Central Park, while José Clemente Orozco (1883–1949) wrote that the visit to Posada’s shop “was the push that first set my imagination in motion and impelled me to cover paper with my earliest little figures.”