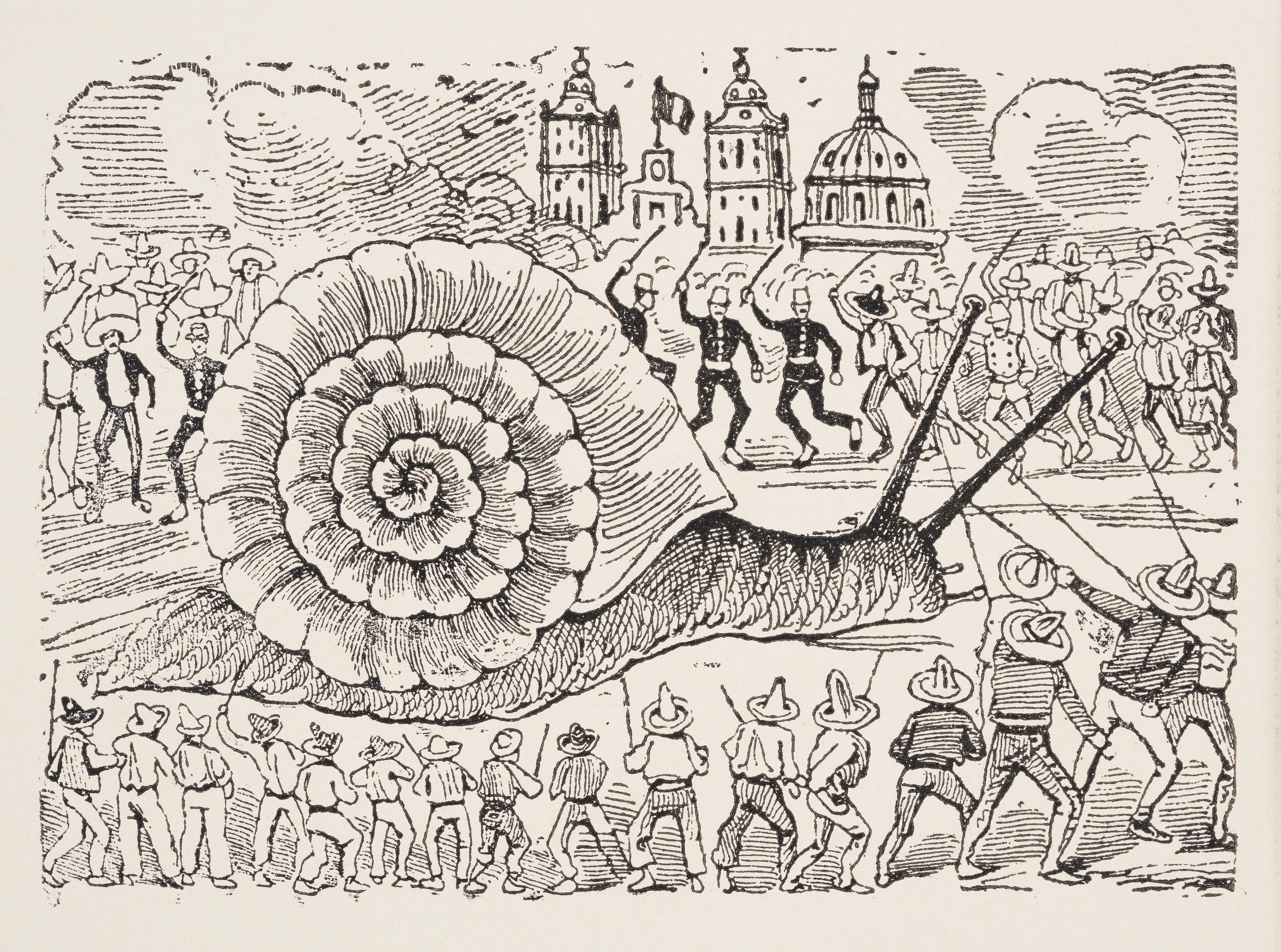 José Guadalupe Posada (1852–1913) was only in his mid-thirties when his illustrations and caricatures won recognition as the preeminent graphic art of Mexico. Born in the provincial town of Aguascalientes, Posada demonstrated talent as a printmaker from a young age. His career took him first to León (Guanajuato) and then to Mexico City, where he was closely associated for more than two decades with the Vanegas Arroyo print shop, a mainstay of the penny press. An indefatigable illustrator, Posada produced thousands of images for ephemeral news sheets known as broadsides, which offered a sensationalist mix of crime reporting, lurid scandal, current events, and social satire. These broadsides thrived at a time when literacy was not widespread, which meant that images held outsize importance in telling a story.

Posada’s active years coincided with the rule of Porfirio Díaz, a leader who brought modernization and relative stability to Mexico at the cost of press censorship and political repression. Posada was the only caricaturist who worked through the most authoritarian years of Díaz’s dictatorship and into the first years of the Mexican Revolution. Seldom overtly political, Posada’s images catered to public taste for the sensational and shocking. Natural disasters and folk celebrations, bullfights and murders, icons of popular religion and caricatures of both individuals and social types—all were fodder for his illustrations. A remarkably flexible artist, whose imagination often veered toward the surreal, Posada remains best known for his calaveras, or skeletons, whose vitality and comic antics belie their macabre symbolism.

Producing illustrations for almost sixty different periodicals in total, Posada went from one print shop to the next in search of assignments but had little control over his own legacy. His publishers decided what use to make of his images, what titles and texts to append to them, and how many copies to make. And yet, Posada’s decisive achievement and enduring influence make him a pivotal figure in modern Mexican art—according to one writer, “one of the most many-sided artists that Mexico has ever had.”

José Guadalupe Posada: Symbols, Skeletons, and Satire is organized by the Clark Art Institute and curated by Anne Leonard, Manton Curator of Prints, Drawings, and Photographs. This exhibition is drawn from the extensive Posada holdings of the Amon Carter Museum of American Art in Fort Worth, Texas.