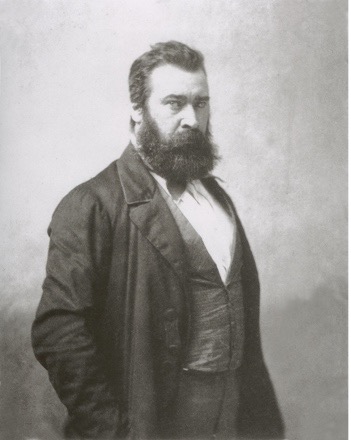 Born to a family of small landholding farmers in in Gruchy, France, a hamlet in the northwestern region of Normandy, Jean-François Millet (French, 1814–1875) trained as a painter in Paris. As his work matured, Millet turned to the lives and labor of the French peasantry—the historical term for France’s class of agricultural laborers. In 1849 he moved to the agricultural community of Barbizon, thirty miles south of Paris. There he made works that mixed observed details of village life with memories of his Norman childhood and references to Classical mythology, the Bible, and artistic tradition gleaned from his academic training.

Millet’s two efforts in cliché-verre date from 1862, the same year as those of his best friend Théodore Rousseau, a fellow year-round resident of Barbizon, and Charles-François Daubigny, another friend and a frequent visitor to the village.