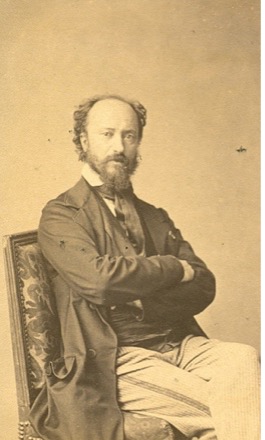 Charles-François Daubigny (French, 1817–1878) first made his reputation as a graphic artist, mastering the etching process and taking commissions to illustrate printed publications in order to support his academic training. On canvas, Daubigny’s subject was the French landscape, which he depicted full of light and free from any encroachments by iron or steam. As the anxieties of urban life multiplied and the natural world came to be regarded as a refuge from the city, Daubigny achieved fame as a painter whose landscapes inspired, in the words of one critic, “the physical feeling of well-being.”

Daubigny produced seventeen plates in the course of a single year. His training as a graphic artist is apparent in his clichés-verre—his plates are drawn in the confident style of his etchings and pen-and-ink illustrations, and he produced close variations of several compositions in other print media.