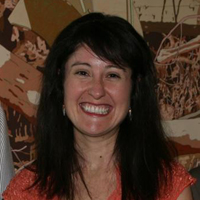 Miranda Lash (Clark Graduate Summer Fellow) is Curator of Modern and Contemporary Art at the New Orleans Museum of Art (NOMA). She manages NOMA’s twentieth- and twenty-first-century permanent collection and the Sydney and Walda Besthoff Sculpture Garden. She is currently working on two books on the Sculpture Garden to be published by Scala in 2012. While at NOMA she has curated thirteen exhibitions, including Joan Mitchell in New Orleans (2010) and Wayne Gonzales: Light to Dark/ Dark to Light (2011). During her Clark fellowship, she will focus on the principal catalog essay for a retrospective on the conceptual artist Mel Chin.