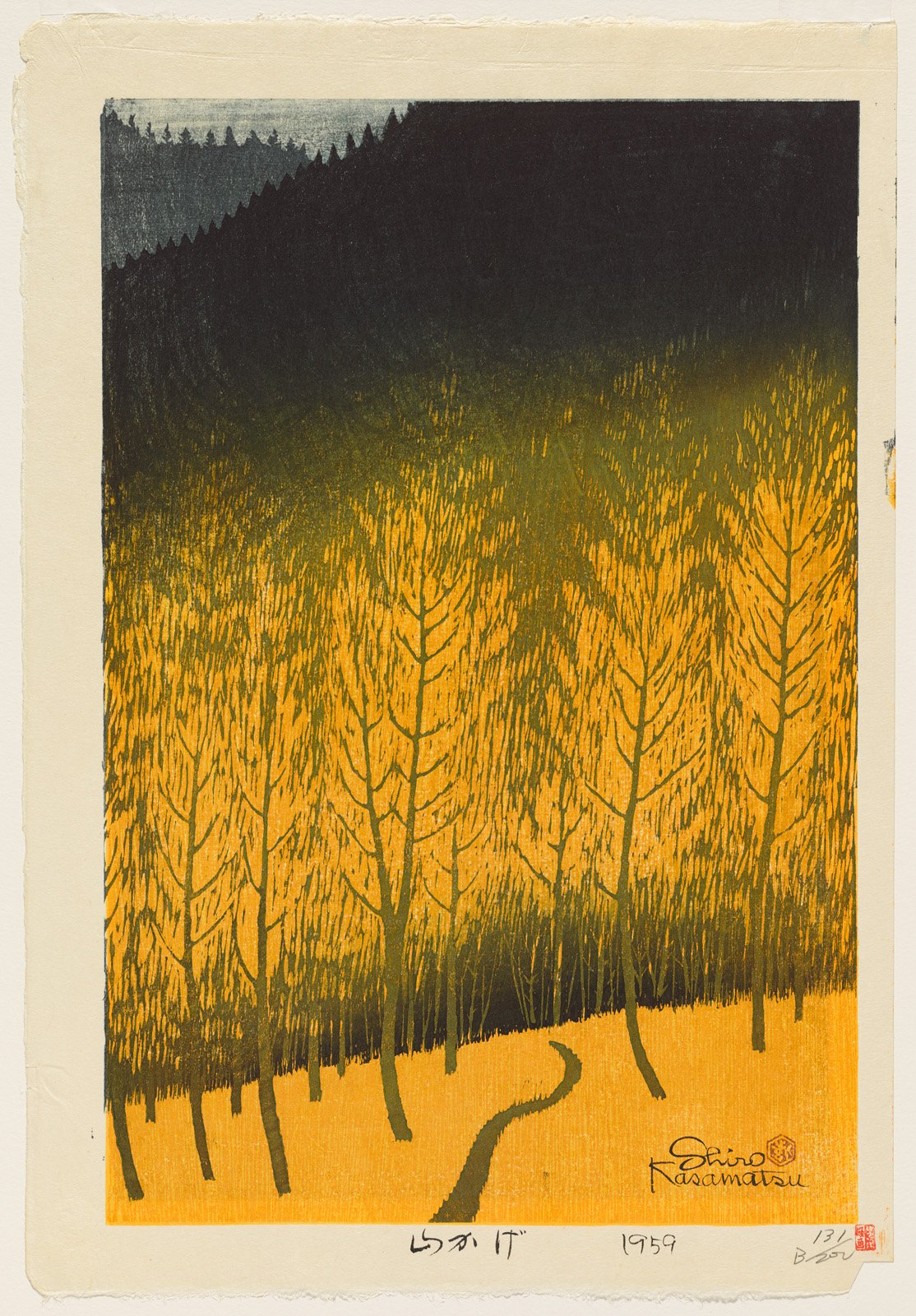 Although the earliest seeds of the sōsaku-hanga (creative prints) movement can be found as early as 1904, it did not gain serious traction until after World War II. In fact, during the postwar occupation of Japan by the United States, sōsaku-hanga artists found an enthusiastic audience in the American soldiers who had ﬂooded into the country. After a popular showing at the São Paulo Art Biennial in 1951, the movement won recognition on the international stage.

In many ways, sōsaku-hanga was conceived in opposition to ukiyo-e and shin-hanga. Inspired by native folk-art traditions as well as the Western conception of the artist as a solitary creative, sōsaku-hanga artists emphasized that their art was the result of the labor of a single artist rather than that of a collaborative team of artisans. As such, many sōsaku-hanga artists adopted the concept of jiga jikoki jizuri (self-drawn, self-carved, self-printed). Experimentation was an essential tenet of the movement, its artists testing new materials, techniques, and methods of depicting the world around them.