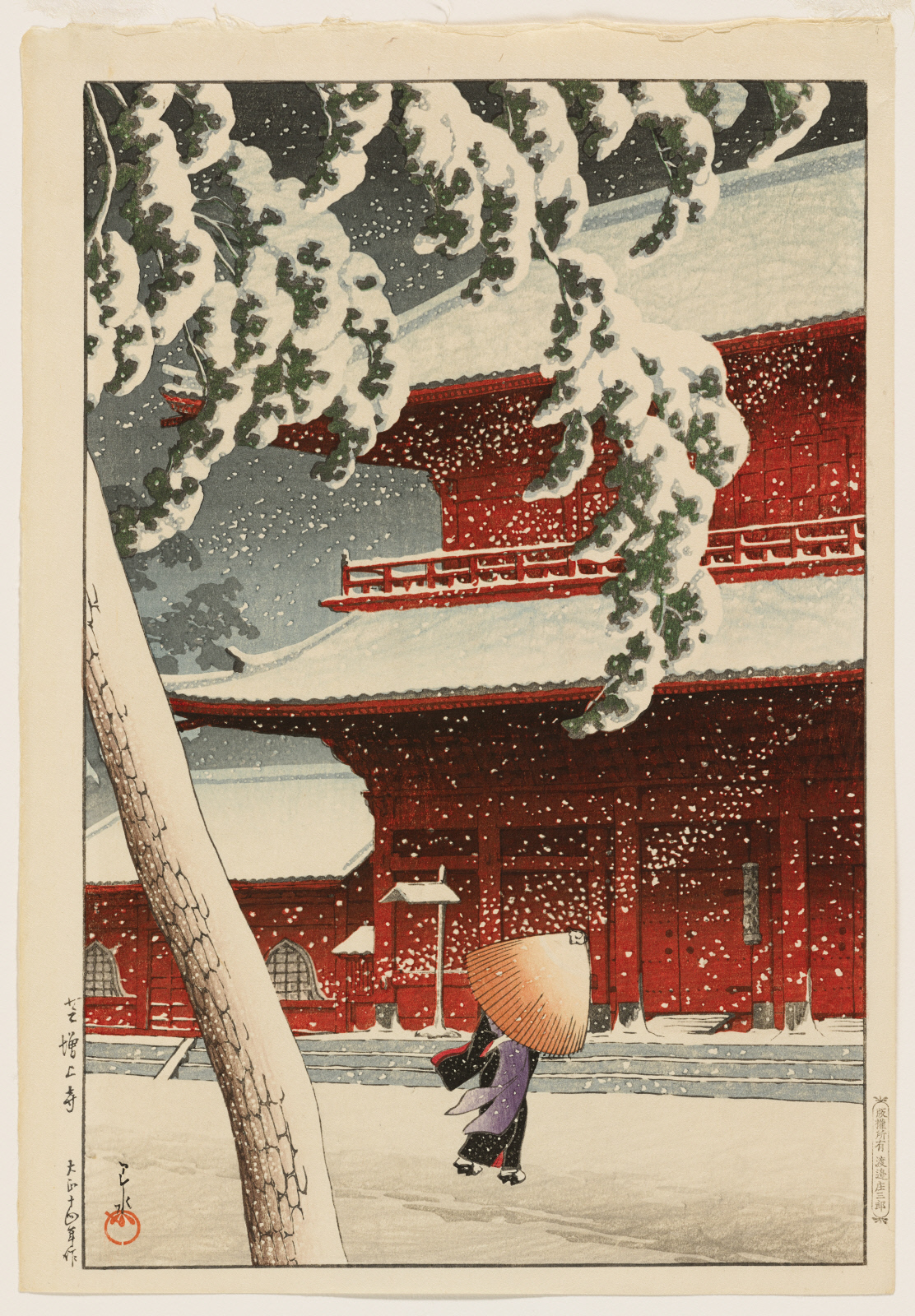 Conceived as a restaging of the ukiyo-e tradition in the twentieth century, the shin-hanga (new prints) movement looked to the past to depict the contemporary. The picturesque views of meishō (famous places) by Kawase Hasui, lyrical landscapes by Tsuchiya Koitsu, and dusk-shrouded street scenes by Yoshida Hiroshi incorporated both ukiyo-e and Western landscape conventions. Working in an intense period of modernization and Westernization, many shin-hanga artists appealed to consumers by creating works that evoked nostalgia for a premodern Japan.

Following the model established by ukiyo-e printmakers during the Edo period, the majority of shin-hanga were created through a collaborative process. Work was divided between the artist, carver, and printer, and guided by a publisher. The most prominent publisher in this movement was Watanabe Shōzaburō, whose ofﬁces in Japan and London, as well as distribution routes to the United States, facilitated a renewed fervor for Japanese prints.