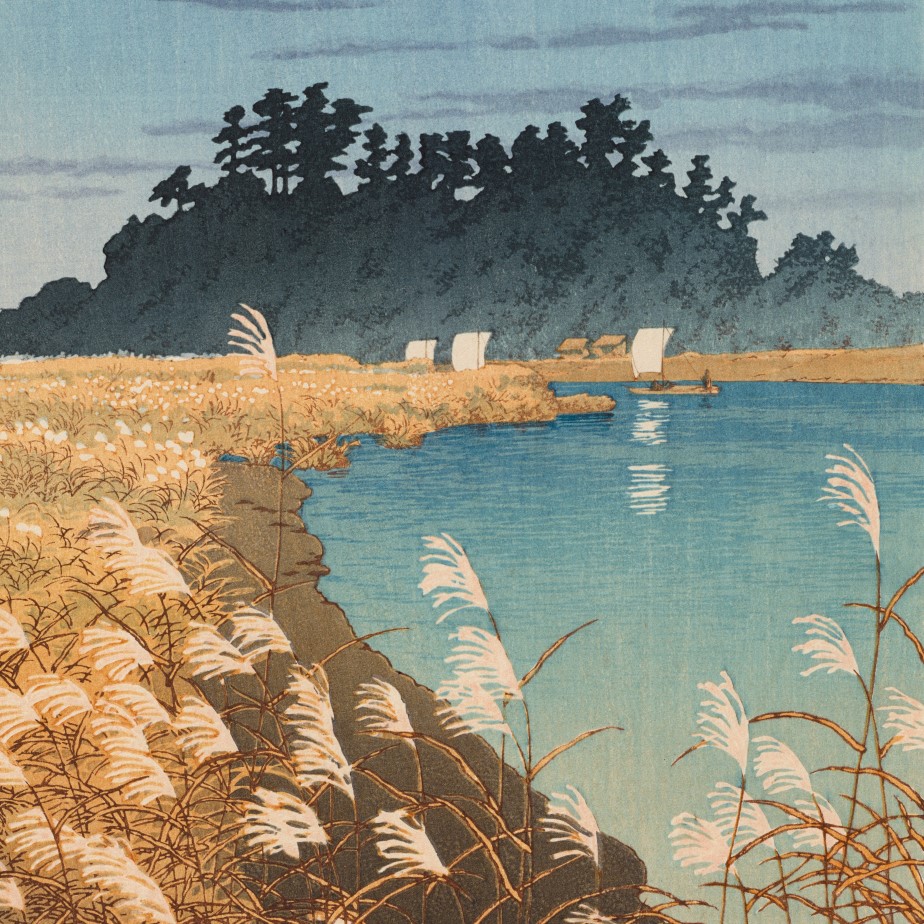 This exhibition explores two parallel Japanese print-making movements through the Clark’s collection of shin-hanga and sōsaku-hanga works. Although conceived in opposition, these two movements became deeply intertwined. By focusing on two key moments in the international exchange of Japanese prints in the twentieth century, the inter-war period and the post-war period, the exhibition considers how travel, tourism, and commercialism intersected within the medium of printmaking during the period.

Shin-hanga, or ‘New Prints,’ reached their zenith of popularity in the 1930s, following a concerted promotional effort by the publisher Watanabe, whose offices in Japan and London, as well as distribution routes to the United States, facilitated a renewed fervor for the Japanese print abroad. Following the model established by famed ukiyo-e printmakers during the Edo Period, shin-hanga prints were created through a collaborative process whereby work was divided amongst the artist, carver, printer, and publisher. The picturesque views of famous places (meishō) of Kawase Hasui and lyrical landscapes and dusk-shrouded street scenes of Yoshida Hiroshi constitute the majority of the Clark’s collection of shin-hanga works. Further, prints within the collection by artists such as Torii Kotondo, Tsuchiya Koitsu, and Takahashi Hiroaki would further add to visitors’ understanding of the movement.

These works will be put into conversation with the Clark’s collection of sōsaku-hanga, or, ‘Creative Prints’. Arising as a direct response to shin-hanga’s popularity, sōsaku hanga artists emphasized their individual agency in creating works of art. Indeed, two works within the collection by the sōsaku-hanga artist Saitō Kiyoshi are coupled with small slips of paper that declare the prints “self-carved and self-printed in Japan.” Although sōsaku-hanga prints did not receive the same amount of attention as their counterparts during the inter-war years, the movement’s works became ubiquitous after WWII.

Competing Currents: 20th-Century Japanese Prints is organized by the Clark Art Institute and curated by Oliver Ruhl, 2021 graduate of the Williams Graduate Program in the History of Art.