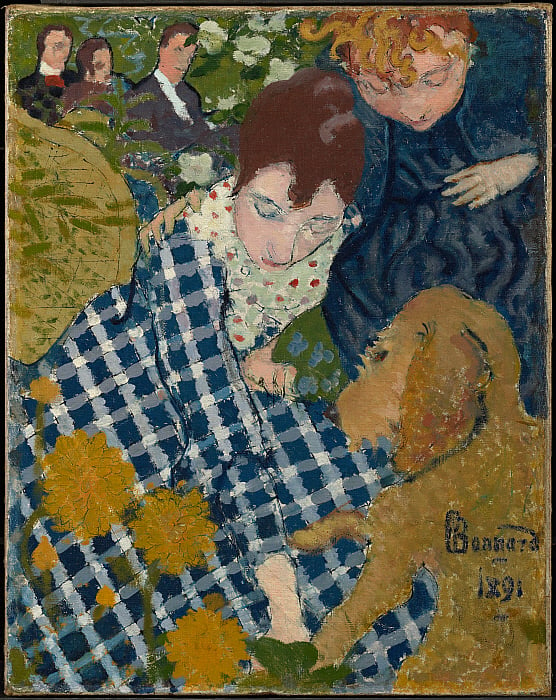 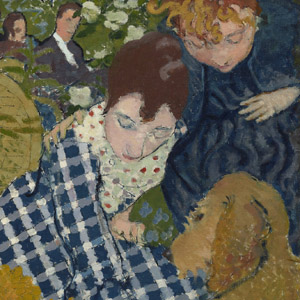 Women with a Dog

Bonnard’s painting shows his sister and cousin playing with the family dog in a garden, with three figures just visible behind them. The artist compressed the space and simplified the forms, flattening the folds and patterns of the women’s clothing. He also outlined shapes in pencil and ink, occasionally scratching them into the paint. These experimental techniques are characteristic of a decorative style pursued by a group of young painters known as the Nabis (Prophets), with whom Bonnard was associated at the time. 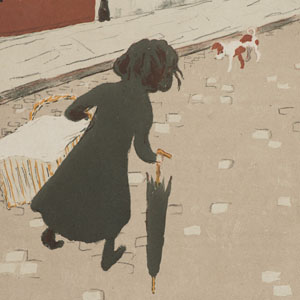 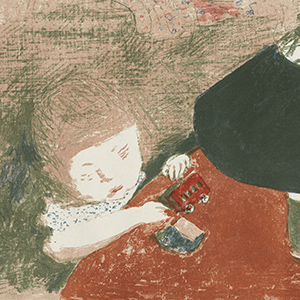 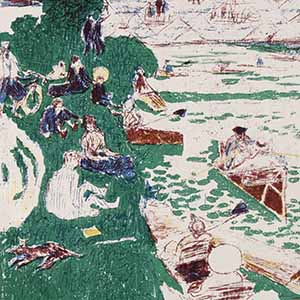 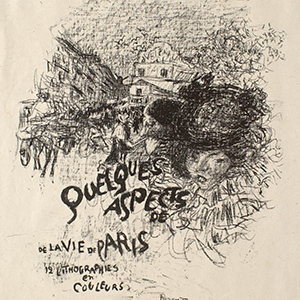 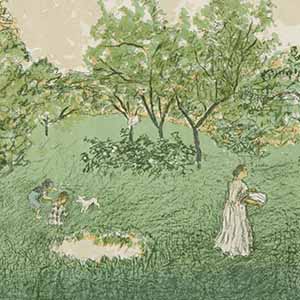 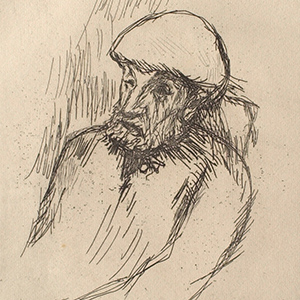