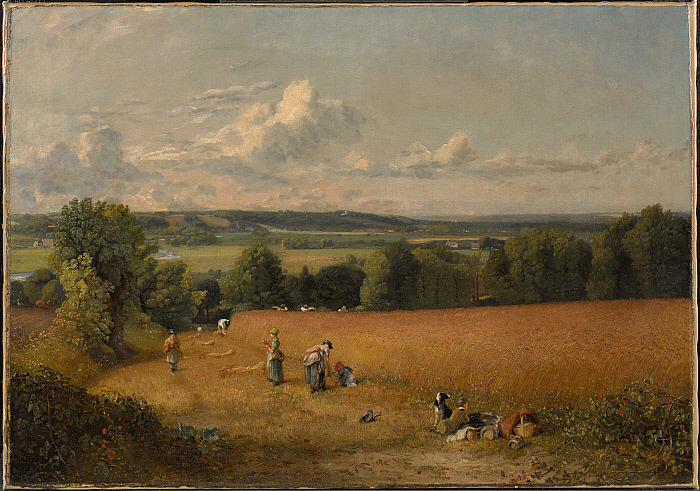 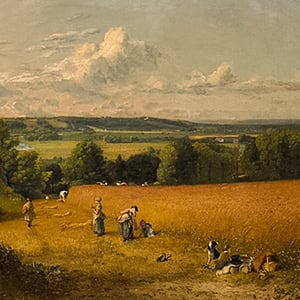 “I live almost wholly in the fields and see nobody but the harvest men,” wrote Constable to his fiancée in August 1815. That summer, working primarily outdoors, he painted The Wheat Field, a view across a valley in his native Suffolk. Plowmen cut down the golden wheat, reapers bundle the stalks, and gleaners collect leftover grains, while a boy and his dog guard lunch. The figures seem to be a natural part of the landscape, captured at a specific moment in time. Yet the artist carefully organized each element of the composition to craft an idyllic harvest scene.

1. Morris Cheston may not have held sole ownership; his son-in-law, Raul Betancourt, Jr., also seems to have represented the family interests at times. 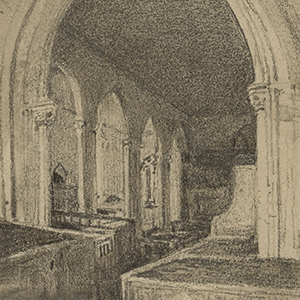 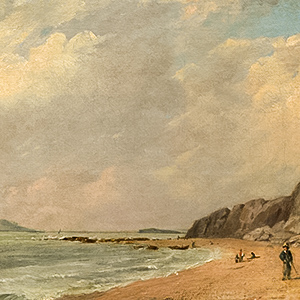 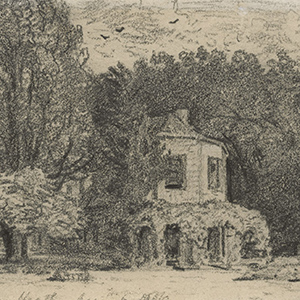 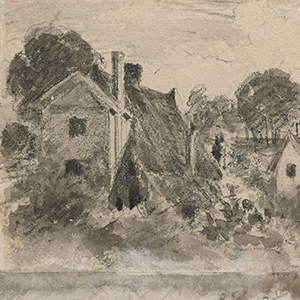 Two Studies of a Shepherd