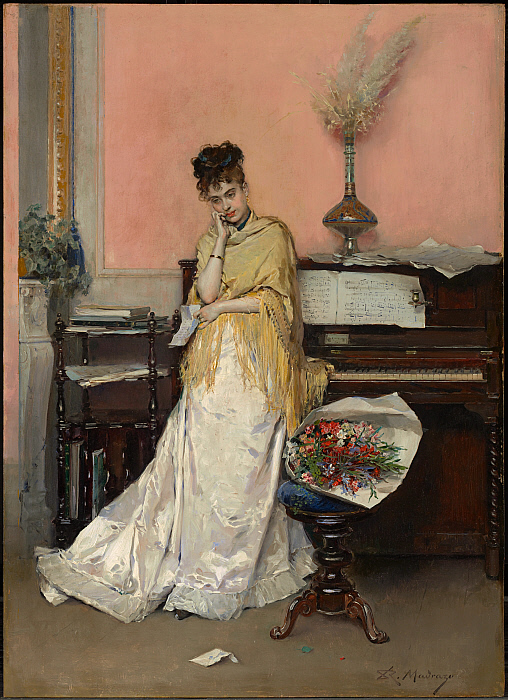 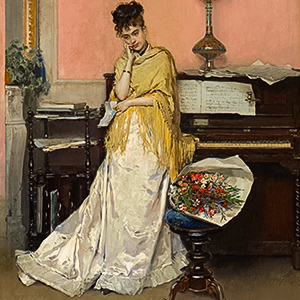 In an elegant salon, a fashionably dressed young woman has received a splendid bouquet of flowers. Having impatiently torn open the accompanying letter, she is reflecting on is contents. Her slumped pose suggests that the message is not the one she was hoping for. Madrazo’s meticulous brushwork captures the colors and textures of the room and its occupant in exquisite detail. 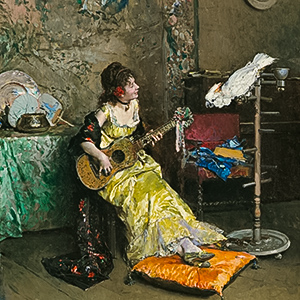 Woman with a Parrot 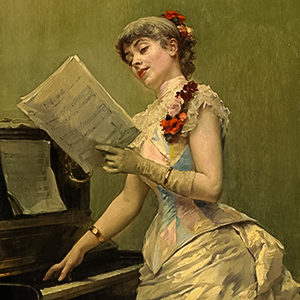 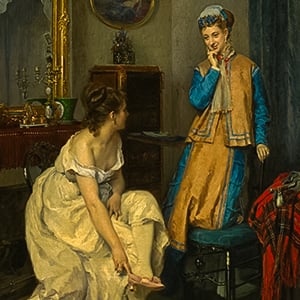 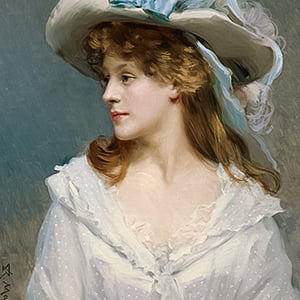 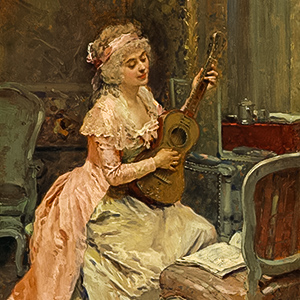 Woman with a Guitar 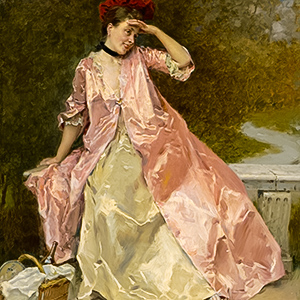 Woman with a Picnic Basket