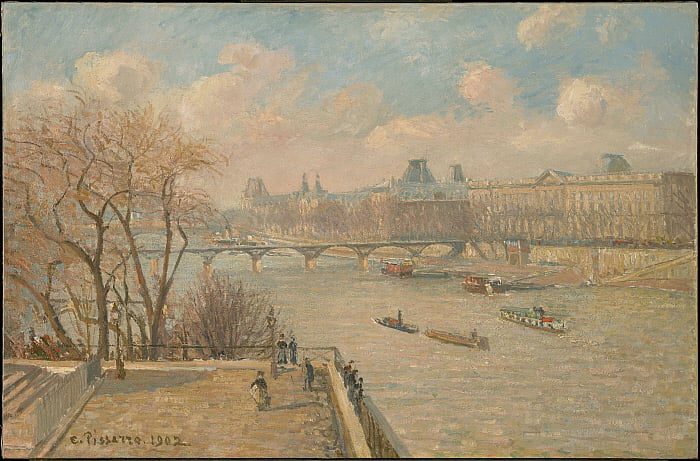 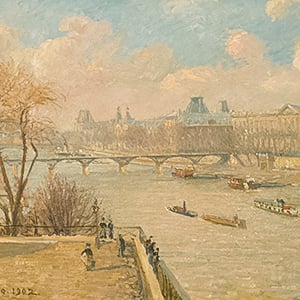 The Louvre from the Pont Neuf

For several years, Pissarro rented an apartment on the Île de la Cité in the heart of Paris. He painted a series of cityscapes from his window, recording boats on the river, people at work or leisure on the terrace below, and the imposing presence of the Musée du Louvre on the opposite bank. The artist strove to render what he described as Paris’s “silvery atmosphere,” exploring the effects of light in varied weather and in different seasons.

1. Rodolphe Walter states that Van der Velde sold some paintings from his collection “after the war of 1914–18,” and that at his death in February 1922, he owned 14 Pissarro paintings, but he does not specifically mention this work; see Rodolphe Walter, "Pieter van de Velde: un amateur éclairé," Gazette des Beaux Arts, vol. 72 (Oct. 1968), p. 204.
2. According to information in the Paul Rosenberg Archives, this painting had been acquired by 1917, based on a list of works photographed (The Paul Rosenberg Archives, a gift of Elaine and Alexandre Rosenberg. The Museum of Modern Art Archives, New York).
3. According to Joachim Pissarro and Claire Durand-Ruel Snollaerts, Pissarro: Critical Catalogue of Paintings, 2005, vol. 3, p. 868. 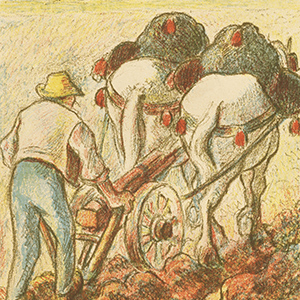 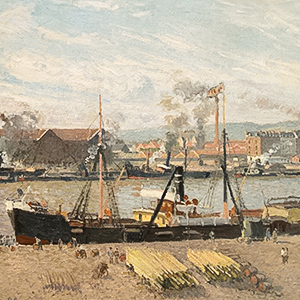 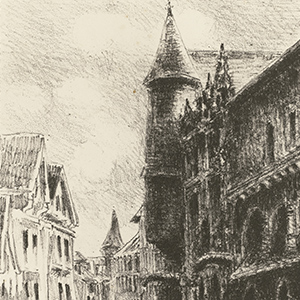 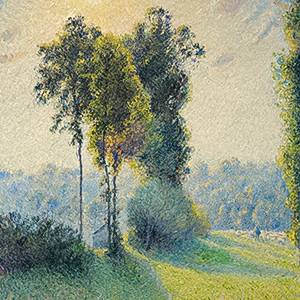 Landscape at Saint-Charles, near Gisors, Sunset 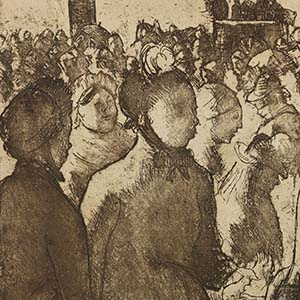 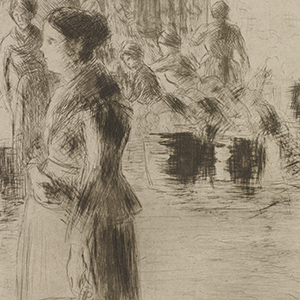