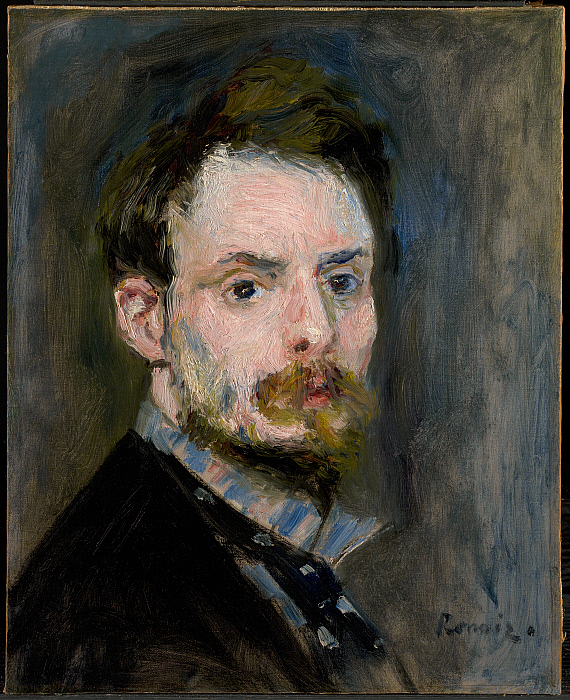 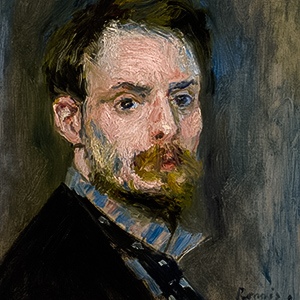 When Renoir made this self-portrait in 1875, his paintings were bringing in little income. The artist presents himself with unkempt hair and beard, yet smartly dressed in a striped shirt and dark blue necktie. The textured paint—almost transparent in some places, thickly applied in others—suggests he was experimenting with technique. This work was shown at the second Impressionist exhibition in Paris in 1876 and eventually purchased by an important collector, Dr. Georges de Bellio, who Renoir claimed had “gone crazy” for it. 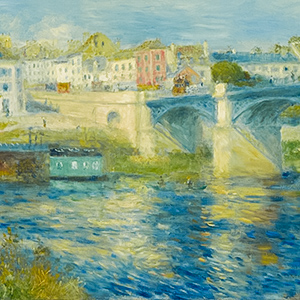 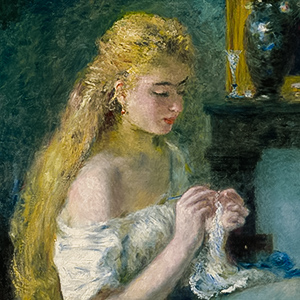 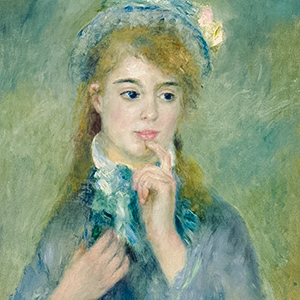 Portrait of a Young Woman (L'Ingenue) 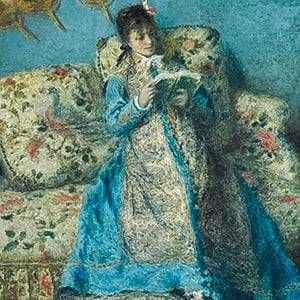 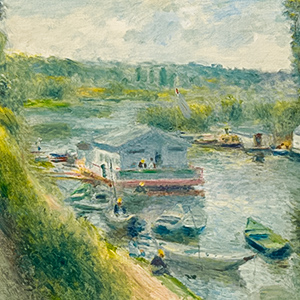 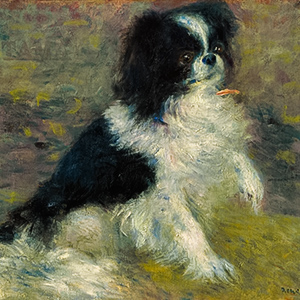