Your browser may not provide an optimal user experience. This website is best viewed using the current versions of Chrome, Safari, Firefox, or Edge.
Picasso Looks at Degas Explore 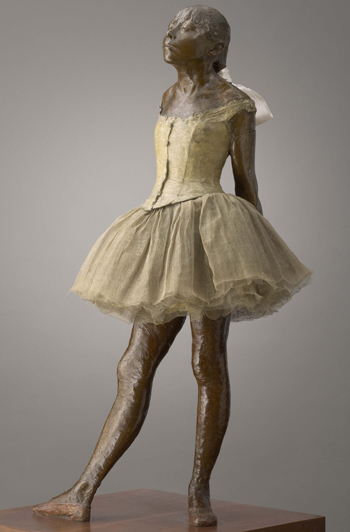 Pablo Picasso is said to have remarked that "good artists copy; great artists steal." Throughout his long and prolific career, Picasso often made works of art in response to his predecessors, "quoting" famous compositions by Rembrandt, Delacroix, Manet, and others in his own paintings. In his youth, contemporaries also noted the influence of Edgar Degas in Picasso's paintings of cabarets and cafés, portraits, women bathing, and ballet dancers—subjects that had come to define the older French artist's work.

When he moved to Paris in 1904, Picasso lived in the same neighborhood as Degas, though they apparently never met. Despite striking differences in character, they shared many preoccupations. Both were artistic revolutionaries, yet much of their work was based on the human figure and informed by their knowledge of the past. They were both superb draftsmen who also experimented radically with sculpture, printmaking, and photography. Picasso's interest in Degas even inspired a series of etchings, made late in his career, in which Picasso depicted Degas himself, a final act of homage to the older man.

Picasso Looks at Degas is the first exploration of Picasso's lifelong fascination with Degas's art and personality, and sheds light on the emergence of twentieth-century modernism by providing new insights into the multifaceted creativity of these two great artists.

Picasso Looks at Degas was organized by the Sterling and Francine Clark Art Institute and the Museu Picasso, Barcelona. It is supported in part by a grant from the National Endowment for the Arts, an indemnity from the Federal Council on the Arts and the Humanities, and with the special cooperation of Fundación Almine y Bernard Ruiz-Picasso para el Arte. 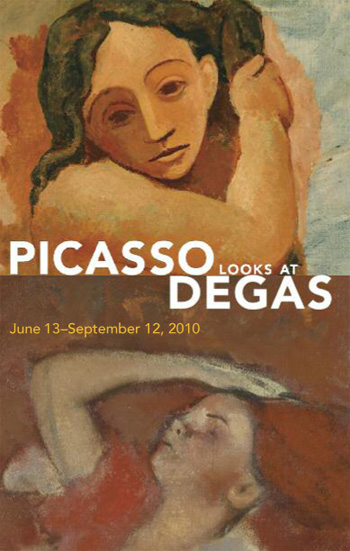 The great Spanish painter and sculptor Pablo Picasso (1881–1973) exhibited a lifelong fascination—some might say "obsession"—with the work and personality of French artist Edgar Degas (1834–1917). In this groundbreaking study, noted Degas scholar Richard Kendall and Picasso expert Elizabeth Cowling present well-documented instances of Picasso's direct responses to Degas's work, as well as more conceptual and challenging affinities between their oeuvres. Richly illustrated essays explore the artists' parallel interests in subjects including modern urban life, ballet dancers, and intimate activities such as bathing, as well as in the mediums of photography and sculpture. The book also provides the first extended analysis of Picasso's engagement with Degas's art in his final years, when he acquired several of the French artist's brothel monotypes and reworked some of them in his own prints. Offering many fresh ideas and a significant amount of new material about two of the most popular and influential artists of the modern era, this handsome book promises to make a lasting contribution to the literature on both artists.

Elizabeth Cowling is Professor Emeritus of History of Art at Edinburgh University, and an independent scholar and exhibition curator. Richard Kendall is Curator-at-Large at the Clark, as well as an independent scholar and exhibition curator. Cécile Godefroy is a researcher at the Fundación Almine y Bernard Ruiz-Picasso para el Arte in Madrid. Sarah Lees is Associate Curator of European Art at the Clark. Montse Torras is Exhibitions Coordinator at the Museu Picasso in Barcelona.