About the Exhibition
Out of Thin Air
Sky as Subject: Picturing the Aerial
Sky's the Limit: Balloons
The View from Up Here
Something in the Air: Pollution
Image Gallery
Audio Highlights
Checklist
Related Events
Become a Member
Plan Your Visit 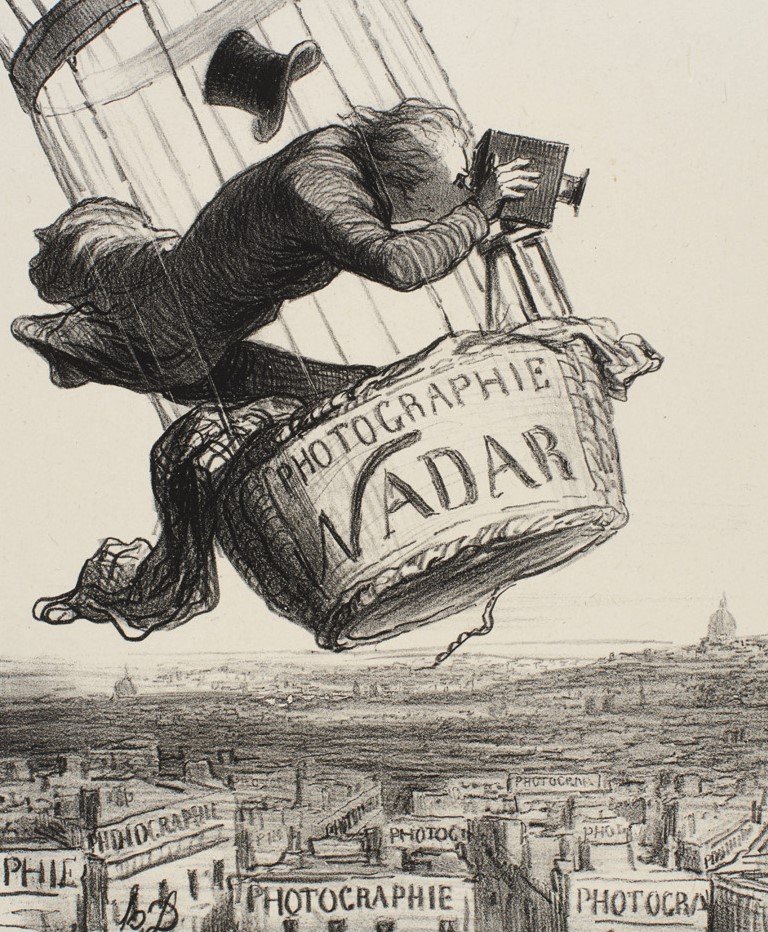 Over the course of the nineteenth century, scientists, artists, and society at large developed a deeper understanding of air. Earlier, natural philosophers had demonstrated that the ambient atmosphere was not an “airy nothing” but an entity of substance, with distinct properties and capacities. This material conception of air and atmosphere continued to evolve in the nineteenth century as meteorologists turned their attention skyward. Studies of air’s changing pressure and movements explained climatological effects such as clouds, wind, and weather patterns from the perspective of the Earth’s surface. Progress in aeronautics—the art and science of traveling through the air—also permitted humans to imagine future possibilities of flight.

On the Horizon: Art and Atmosphere in the Nineteenth Century examines how artists and image makers incorporated new scientific and technological understandings of the atmosphere into their works and creative practices. Ideas about the airspace, both as a realm and as a physical frontier, signaled novel artistic possibilities. Suddenly, the atmosphere had a visual role to play in artworks––the aerial dimension came to be recognized as an essential and active pictorial element. To nineteenth-century artists, air offered a major representational challenge: How is it possible to portray something typically characterized by its transparency?

The works featured in this exhibition chronologically chart the visual response to the ideation, use, and eventual misuse of air in the nineteenth century. In their respective enterprises, both scientists and artists adopted a forward-looking perspective to study and describe the expanding knowledge and conceptualization of the atmosphere. In turn, this shaped how audiences—both in the past and in the present day––came to observe and express the aerial dimension through different modalities.

This exhibition is organized by the Clark Art Institute and curated by Rebecca Szantyr, former curatorial assistant for works on paper.

About the Exhibition
Out of Thin Air
Sky as Subject: Picturing the Aerial
Sky's the Limit: Balloons
The View from Up Here
Something in the Air: Pollution
Image Gallery
Audio Highlights
Checklist
Related Events
Become a Member
Plan Your Visit