As a part of Banned Books Week, the Clark Art Institute hosts a special presentation bringing stories of underrepresented groups and civil rights leaders to light. Created in response to growing challenges raised against certain books in schools and other institutions, Banned Books Week honors the freedom to read, access information, and express ideas. Spotlighting the lived experiences of marginalized groups and civil rights leaders, the conversation features stories that are rarely taught in schools. Yet, these stories hold an important place in the history of our nation and the world.

Frances Jones-Sneed is an emeritus professor of history (Ph.D., University of Missouri) and former director of Women Studies at Massachusetts College of Liberal Arts (MCLA) in North Adams, Massachusetts. Jones-Sneed has taught and researched local history for over thirty years. She directed three National Endowment for the Humanities (NEH) grants on the shaping role of place in African American biography. She also spearheaded a national conference on African American biography in September 2006. Jones-Sneed is co-director of the Upper Housatonic Valley African American Heritage Trail and a former board member of Mass Humanities, the Samuel Harrison Society, the Berkshire Chapter of the NAACP, and the W.E.B. Du Bois Center for Freedom and Democracy. She was a 2008 NEH Summer Fellow at the W. E. B. Du Bois Institute at Harvard University. She is currently editing the autobiography of Rev. Samuel Harrison, a nineteenth-century Black minister and a teacher’s guide for W.E.B. Du Bois’ The Souls of Black Folk.

Nicole M. Young-Martin is a writer, performer, producer, musician, nonprofit manager and educator with over twenty-five years of experience as a practicing artist and over ten years of working in higher education and the nonprofit sector. Nicole serves as the producer and host of the web series, Black Writers Read; teaches literature, developmental writing, and theatre for Bard Microcollege Holyoke; and works as the Community Investments Manager for the Women’s Fund of Western Massachusetts. She has received artist grants from various organizations including the Community Foundation of Western Massachusetts & Assets4Artists, Easthampton City Arts, and Northampton Open Media. Nicole is a WAM Theatre Board Member. She is also a second-year doctoral student in Higher Education Leadership and Organizational Studies at Bay Path University and has a Bachelor of Theatre Arts from the University of Michigan Ann Arbor, an MFA in Theatre Management from Wayne State University, and an MA in English from University of Massachusetts Amherst. To learn more about Nicole, please visit nicolemyoung.com.

This event is presented in connection with WAM Theatre’s upcoming production of Cadillac Crew, and complements related local talks held at the Berkshire Athenaeum and the Stockbridge Library Museum and Archives.

Free, but capacity is limited. 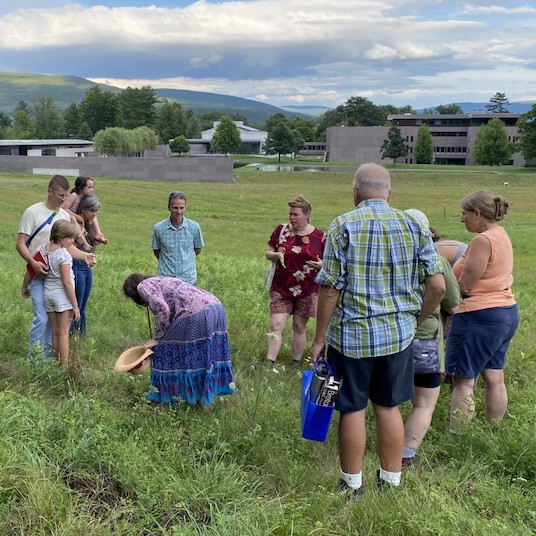