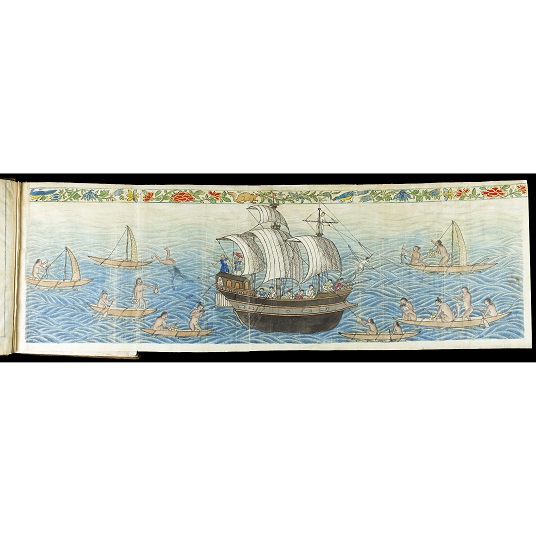 The Ship of Faith Surrounded: The Genre of Encounter

The sea runs flush to the edges of the image; dressed sailors line the deck of a single European caravel, looking out; naked Chamorro people of what are now the Marianas Islands (then called "Ladrones") surround the ship on bangkas, outrigger canoes. Two depictions of encounter between Europeans and Chamorro people produced around the end of the sixteenth century share the same basic conceit and composition. But in the fold-out frontispiece of the c. 1590s Boxer Codex, a Spanish manuscript account of peoples of the Pacific Rim most likely illustrated by an East Asian artist, the encounter is peaceful, centered on trade. In the woodcut illustration of the Ladrones Islands in Theodor de Bry's 1602 edition of the Collectiones, the scene combines trade with an outbreak of hostility between Dutch and Chamorro people. In the near-indifference of their shared composition to content, the two images are exemplary of the visual genre of encounter as it matured in this period.

Jennifer Nelson is an assistant professor of early modern art history at the University of Wisconsin–Madison; she was previously a postdoctoral fellow at the Michigan Society of Fellows. She is the author of Disharmony of the Spheres: The Europe of Holbein's Ambassadors (Penn State University Press, 2019), as well as three books of poetry. To further her interests in the historiography of art, she recently co-founded the journal Selva with Danny Marcus and Daniel Spaulding. At the Clark, she will be writing about the visual policing of Christendom's literal and conceptual borders in the late sixteenth century..

This is a prerecorded lecture that will be publicly available here starting on April 16. The lecture will be available through June 15. 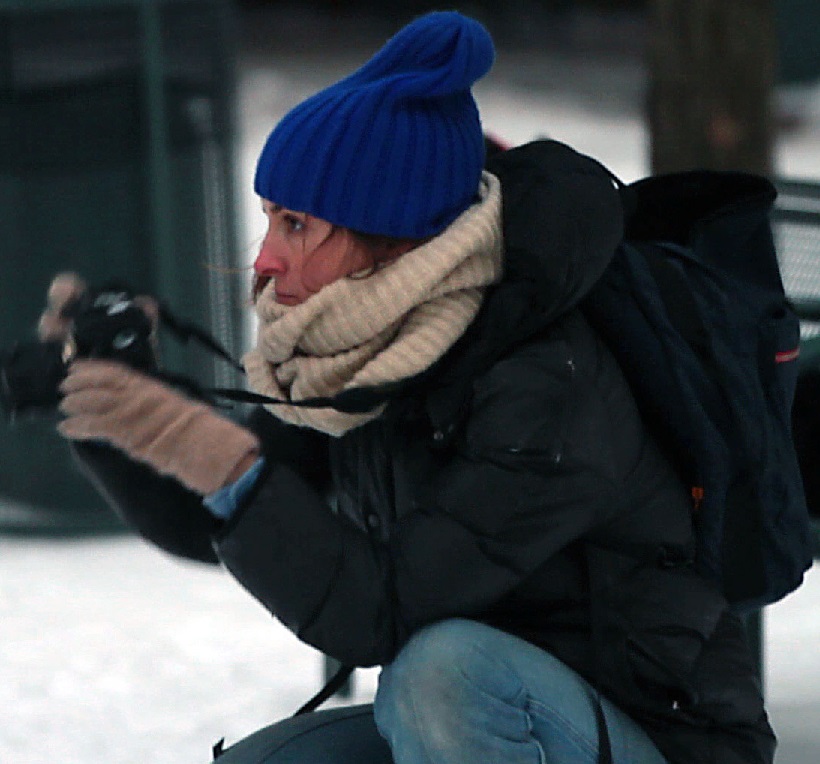