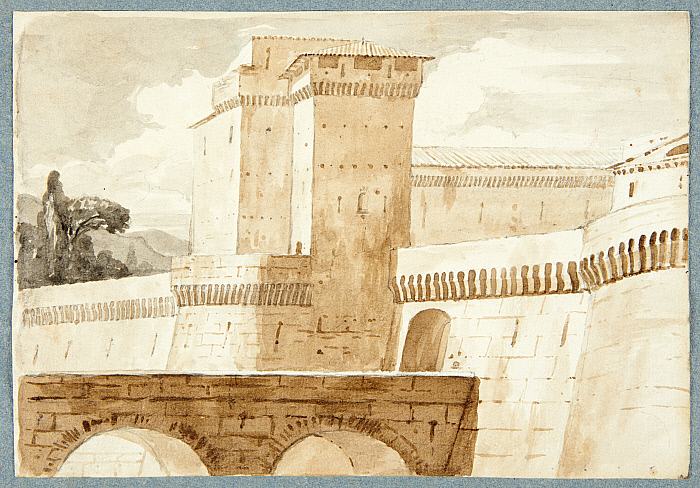 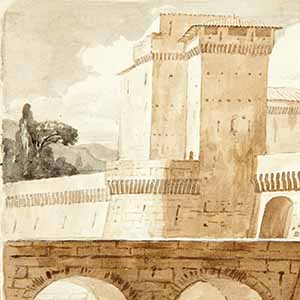 Following the purchase in 2018 of Guillaume Guillon Lethière’s masterpiece, Brutus Condemning His Sons to Death (1788), the Clark has acquired an extraordinary album that intimately reveals the artistic practice of this leading French Neoclassicist as well as other artists in his circle. Issuing from his studio, the album contains approximately one hundred landscape drawings mostly by Lethière himself (1760–1832), with seven compositions thought to be by Jean-Germain Drouais (1763–1788) and several others unidentified.

Guillon Lethière’s life and career are nothing short of exceptional. He was born in the French colony of Guadeloupe, the son of Pierre Guillon, a French government official, and Marie-Françoise Pepayë, a freed black slave. He was called “Le Thière” [le tiers], a reference to his status as his father’s third illegitimate child. Lethière moved to France with his father at the age of 14, studying with Jean-Baptiste Descamps in Rouen for three years before entering the studio of Gabriel-François Doyen at the Académie Royale de Peinture et de Sculpture in Paris. He submitted works for the Prix de Rome in 1784 and 1786, and failed to win the first prize both years, but secured a Roman pension in 1786 regardless.

Lethière remained in Rome until 1791, then returned to Paris and opened a studio that competed with that of Jacques-Louis David. His ethnicity caused Lethière’s contemporaries to refer to him as a “man of color” and “l’Américain.” Lucien Bonaparte, his close supporter, helped him secure in 1807 the title of Director of the Académie de France in Rome at the Villa Medici—a position he held for ten years. Pensionnaires at the Academy during that time include Jean-Auguste-Dominique Ingres, Merry-Joseph Blondel, and David d’Angers. With the Bourbon Restoration, Lethière lost his position as director in Rome and returned to Paris, where he took on private students. In 1819, he became a professor at the École des Beaux-Arts, where he worked until his death. Lethière ranks with David and Drouais as one of the most important practitioners of the neoclassical style of the late eighteenth and early nineteenth centuries.

The proposed album was originally in the possession of Mlle Mélanie-Marie d’Hervilly, a genre and portrait painter born in 1800 who had lived with Lethière as his pupil and adopted daughter since the age of 15. Lethière’s last will and testament gave Mlle d’Hervilly the rights to all his drawn sketches and painted studies, including those in this album, whose contents are dated from the end of the eighteenth century to the first decade of the nineteenth. Most of the drawings by Lethière are thought to date from his time in Rome as a pensionnaire, and some others from his second stay there as director of the French Academy (1807–16). The works by Lethière’s contemporaries were probably a collection of gifts and purchases. The drawings have been reordered, shuffled, and sometimes cut. Mlle d’Hervilly’s maiden name appears on the album, suggesting that she assembled it before her marriage in 1835 to Samuel Hahneman, and most likely by 1830 when the album was already in other hands. 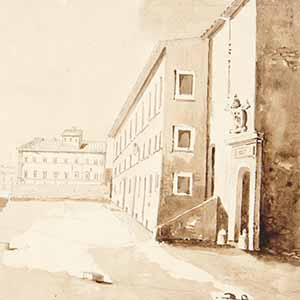 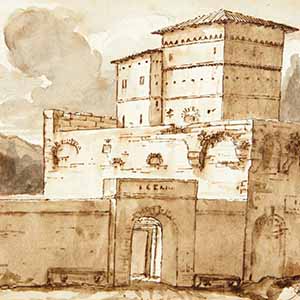 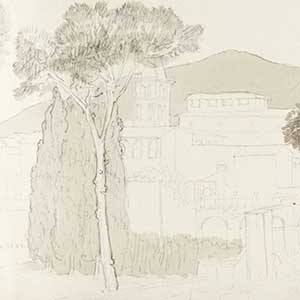 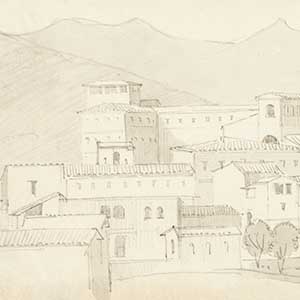 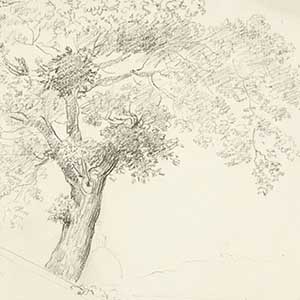 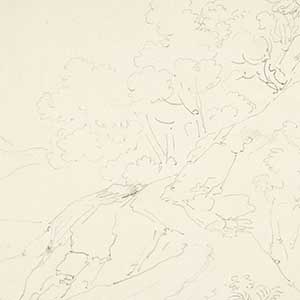