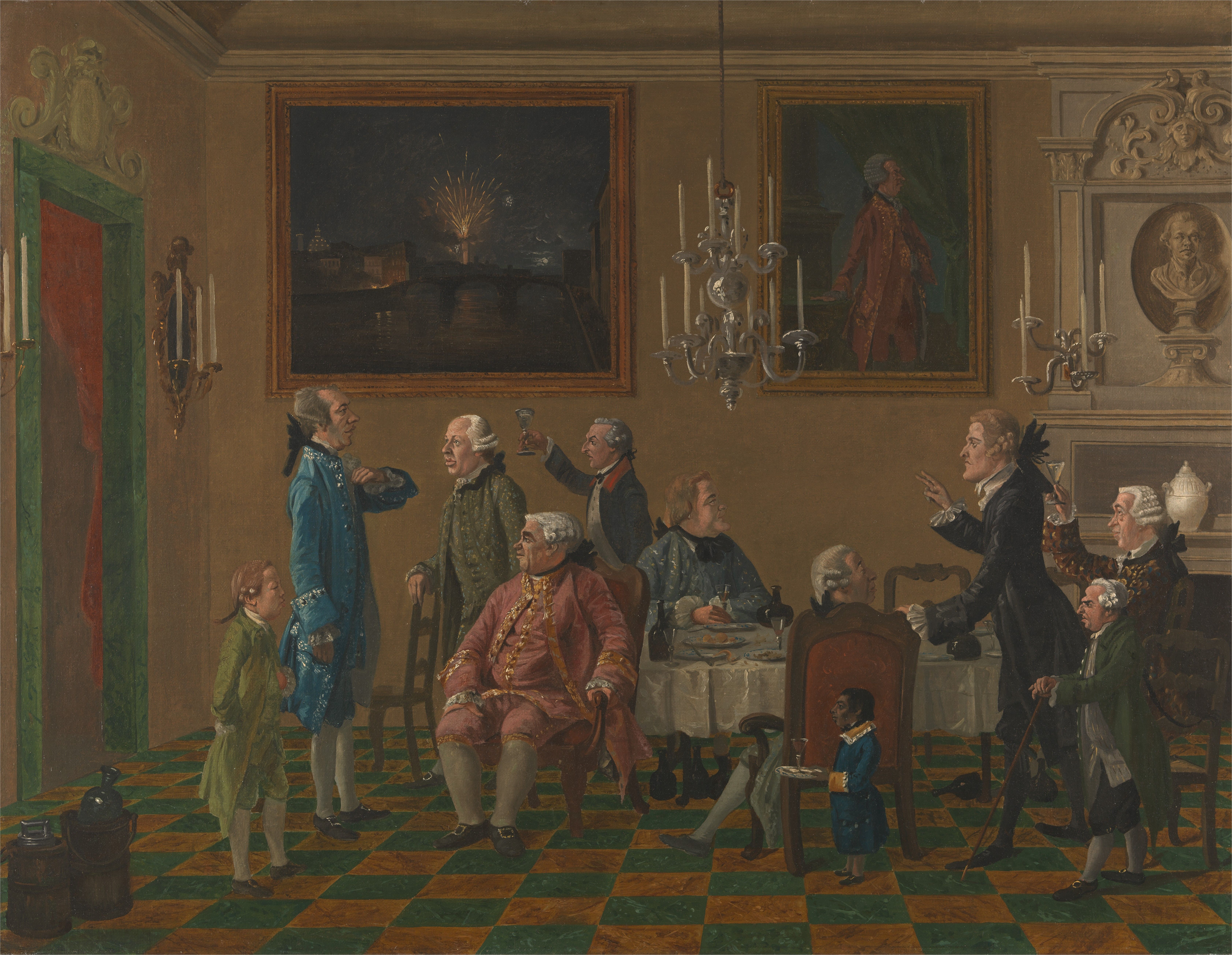 In the heightened atmosphere of intoxicated conviviality on display in Thomas Patch’s oil painting British Gentlemen at Sir Horace Mann’s Home in Florence (1763–1765), caricature is deployed to subversive ends, challenging norms of masculinity and using formal idiosyncrasies to invoke the ephemeral nature of sociability.

Charles Keiffer is a recent graduate of the Williams College Graduate Program in the History of Art (2021). He is interested in the roles of consumption and intoxication in constructing bodies and desires from the eighteenth century to the present. He holds a dual BA in art history and philosophy from Goucher College (2015) and has worked at The Metropolitan Museum of Art and The American Scandinavian Foundation.