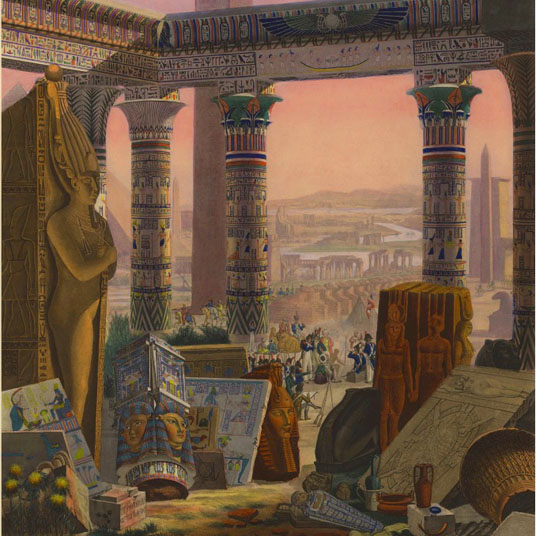 In this Research and Academic Program lecture, Kathryn Howley (Institute of Fine Arts, NYU / Beinecke Fellow) argues that the bodily preoccupation of ancient Egyptian art is one reason why it has proven unusually appealing to modern audiences, ever since the beginnings of modern Egyptology in Napoleon’s expedition to Egypt in 1798. Ancient Egyptian art is full of bodies, a fact not lost on modern Western audiences who have long delighted in mummies and reliefs of kings “walking like an Egyptian.” By analyzing the original sketches made by members of Napoleon's expedition as well as the resulting engravings published in the monumental book Description de l'Égypte, this lecture demonstrates that although the scholars were drawn to the proliferation of bodies in Egyptian art, they distorted unfamiliar Egyptian proportions into something akin to the Greco-Roman ideal, which were acceptable to European eyes. This distortion transformed Western narratives of ancient Egyptian art from a “monstrous curiosity” into a prestigious developmental step in the Western canon of civilization, thus implicating ancient Egypt in a racial narrative that persists in Egyptology to the present day.

Presented in person in the Clark auditorium. This event is free with a reception in the Manton Research Center Reading Room starting at 5 pm. A recorded video of this lecture will be released on this page and the Clark’s YouTube channel on April 11, and will be available to view until June 15, 2023.

Image: Detail of frontispiece to the second edition of Description de l'Égypte, 1825