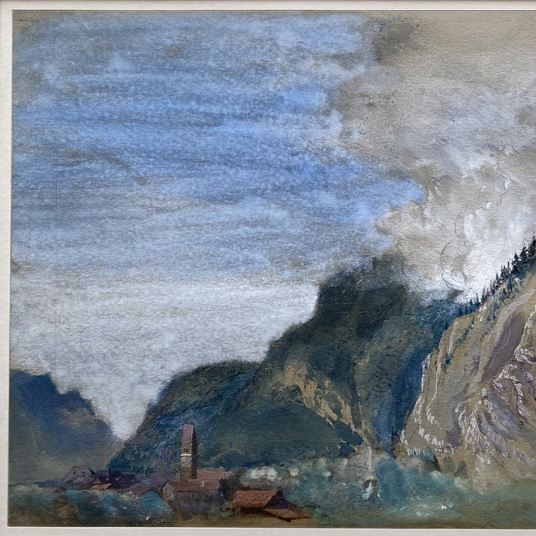 In this Research and Academic Program lecture, Jeremy Melius (University of Oxford / Michael Ann Holly Fellow) explores the aesthetic and ethical parameters of John Ruskin’s watercolor practice. As in Ruskin's acts of verbal description, the Victorian critic’s pictures staged distinctive modes of attention for his audiences by modelling ways of closely observing visual phenomena and internalizing their significance. His drawings brought the world onto the two-dimensional sheet, and they also refused to pin that world down, proposing that the act of depiction remain open, mobile, and never fully complete. This lecture ranges over the sheer variety of Ruskin's visual work—from nature studies to architectural fancies to copies after pictures of the past. Melius focuses on Ruskin’s special engagement with his medium, and its ability to suggest things his words could never articulate. Like the best of Ruskin's writings, in their own way, his drawings constituted an art of un-possession with real consequences for the understanding of his thought.

Presented in person in the Clark auditorium. This event is free with a reception in the Manton Research Center Reading Room starting at 5 pm. A recorded video of this lecture will be released on this page and the Clark’s YouTube channel on December 13, and will be available to view until January 15, 2023.

Image: John Ruskin, At Interlaken, Switzerland © The Trustees of the British Museum