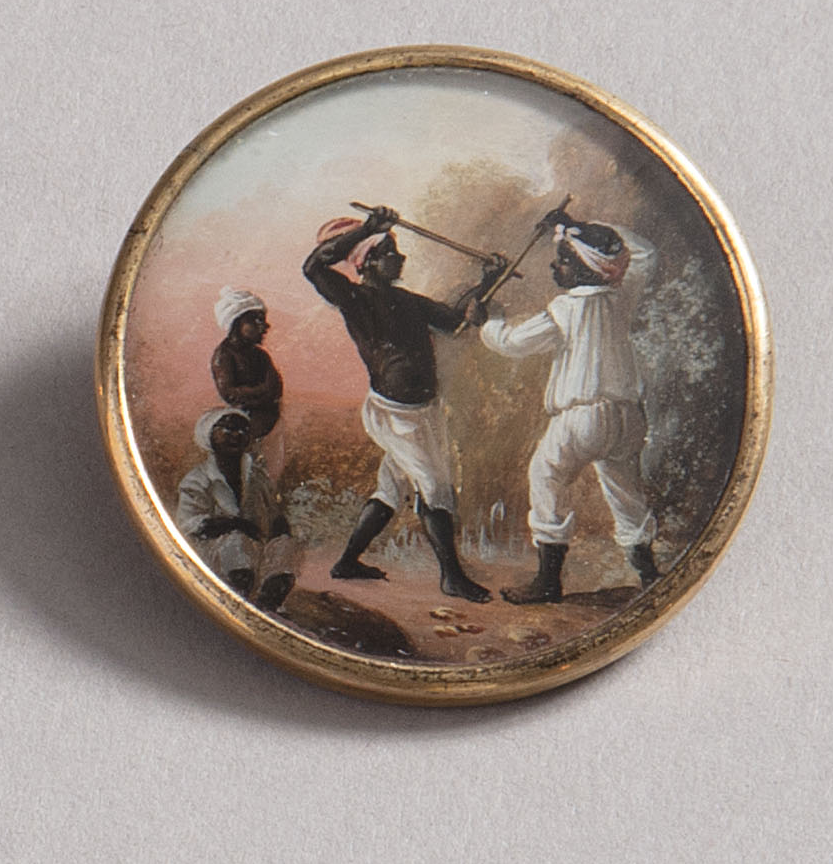 This talk focuses on the history of eighteen painted buttons that belonged to Toussaint-Louverture, the hero of the Haitian revolution, which were made after the paintings of the famous Caribbean artist Agostino Brunias. Toussaint-Louverture would have worn them with care and kept them until his death. This talk delves into the histories of circulation and the cultural translation of motifs at the core of Saint-Domingue’s revolution. It also considers the forms that visual and artistic regimes took in this colonial archipelago that was reconfigured by the clash of civilizations––Indigenous, European, and African––at the end of the eighteenth century.