The Clark is committed to global outreach and scholarship. In this way, the Institute partakes in imaginative and critically rigorous exhibitions organized in collaboration with the world’s leading institutions and gains new insights generated and nurtured by its vigorous Research and Academic Program. Acting as convener, the Clark gathers an international community of scholars to participate in a lively program of conferences, colloquia, and workshops on topics of vital importance to the visual arts.

RAP in the World

The Clark, with the generous support of the Andrew W. Mellon Foundation, holds a variety of colloquia, workshops, and seminars focused on issues critical to the discipline of art history: the pressing intellectual issues with which art historians must deal, what they teach and publish, and the ways in which their work drives and responds to histories of art produced by museums. A critical goal of this initiative has been to expand the geographies of art history by cultivating international collaborations. By partnering with institutions and scholars in southern Africa, East-Central Europe, and the Indian Ocean region, the Research and Academic Program is engaging with approaches to the discipline that have challenged comfortable notions about how art history is written, with the goal of illuminating the variety of ways in which visual topics are addressed around the globe. This initiative is an ongoing activity, and new collaborations among regional partners have begun to take shape as a result of the Clark’s involvement.

The Clark and China 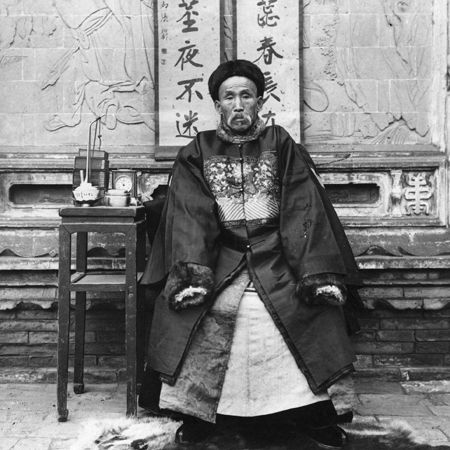 In 1908, thirty-one-year-old American adventurer Robert Sterling Clark organized a scientific expedition to northern China for the purpose of creating a detailed geographical survey of the area, recording daily meteorological observations, photographing the people, places, and landscapes, and collecting samples of the flora and fauna.

Clark was fascinated with the Chinese nation and its people, but like many Westerners of his day, he felt that he had only glimpsed the surface of this rich and ancient culture. Trained as a civil engineer, Clark brought a scientist’s curiosity and method to the planning of his expedition, assembling a talented professional team that included a surveyor, a doctor and meteorologist, an artist, and the famed British naturalist Arthur de Carle Sowerby, as well as some thirty additional support staff.

Departing from the city of Taiyuan in Shanxi province, the Clark expedition traversed Shên-kan (the provinces of Shaanxi and Gansu), reaching as far westward as Lanzhou before returning to Taiyuan. In all, the team covered nearly 2000 miles (3200 km), primarily on horse and mule. A complete documentation of their journey, Through Shên-kan: The Account of the Clark Expedition in North China, 1908–9, was published in 1912. Despite having devoted a number of years to planning the expedition, Clark never again returned to China. In 1910 he settled in Paris and began collecting art, an interest that would become the passion of his life.

Continuing its commitment to global outreach and scholarship, the Clark commemorated the 100th anniversary of the expedition by presenting in China an exhibition of historic images printed from the original photographs in the collection of the Smithsonian Institution Archives in Washington. Researchers believe that all of these photographs were taken during the Clark expedition of 1908-9, although little is known about some of the images.

In conjunction with this installation, the Clark also presented rare original copies of Through Shên-kan to Chinese municipalities along the expedition route, and has translated the book into Mandarin. In 2011 and 2012, the Clark shared masterpieces from its collection of French Impressionist paintings with leading museums in Beijing and Shanghai, furthering the relationship between the institution’s artistic legacy and the country Sterling Clark studied so carefully early in his life.

This project was organized by the Sterling and Francine Clark Art Institute with support from the Fernleigh Foundation and the Robert Sterling Clark Foundation.

In 2015, a cultural exchange fellowship was developed by the Clark Art Institute and the Shanghai Museum, Chinese Museums Association (CMA), and other partners in China to bring rising Chinese museum curators to the Clark for training in professional museum practice. Over fifteen months, the Clark will host six visiting scholars from China who will participate in a semester-long experience in a variety of museum and academic activities. In its inaugural semester, the Clark is hosting Gong Xin and Huang He, two emerging leaders from the exhibition and conservation staff at the Shanghai Museum. Candidates were nominated by their directors and entrusted with a research project suitable to the nature and opportunities of the fellowship. Fellows are encouraged to experience the intellectual life of the Clark and Williamstown, including participation in conferences, symposia, workshops, colloquia, and lectures by visiting scholars.

The program was made possible by a $125,000 grant from the Henry Luce Foundation.

The Responding to Art Involves Self Expression (RAISE) program is a collaboration between the Berkshire County Juvenile Court (BCJC) and the Clark. RAISE participants take part in group meetings, writing and self awareness exercises, and gallery talks. This alternative sentencing model shifts the sentencing paradigm from punishment to education, offering participants a new way to think about their lives and their potential. Since its inception in 2006, RAISE has served more than 75 boys and girls ages 12 to 17 from Berkshire County.

Berkshire County Juvenile Court personnel have lauded the program as “one of the most effective and uplifting programs offered through the Berkshire County Juvenile Probation Department” and “a revelation of emotion.” In the fall of 2009, First Justice Daniel J. Swords requested that BCJC and Clark staff present the program to other municipalities in the Commonwealth with fine art museums; through the French Regional and American Museum Exchange (FRAME) the program is being replicated at other museums in America, as well as in France. RAISE has been recognized for excellence by the International Council of Museums and the French American Museum Exchange. The program has garnered support from the Annenberg Foundation and the United States Department of State; in the spring of 2010, RAISE received the AAM EdCom’s Excellence in Programming national award.

FRAME, the French Regional American Museum Exchange, is a unique coalition created in 1999 to foster bilateral exchanges between a group of twenty-four American and French regional art museums. It sponsors the circulation and exchange of works of art, information, ideas, technology and resources. Its objective is to establish long-term partnerships on common projects to enhance the work of the member museums and to make their respective resources available to a wider public on both sides of the Atlantic.

The Clark has curated and hosted a number of exhibitions and events that have featured works from other FRAME museums, including a Family Day celebrating this collaboration and an educational exchange between a local high school and one in Montpellier, France.